Mauricio Villa participates in a meeting with the Prime Minister of the United Kingdom, Boris Johnson 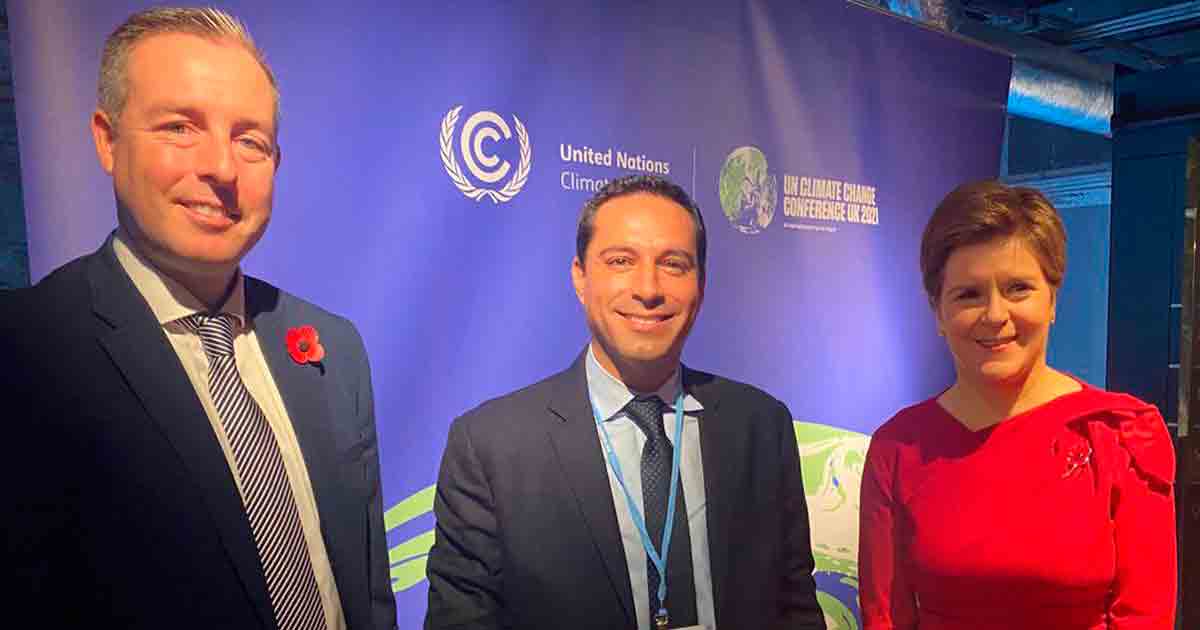 On his first day of activities in COP26, The Governor of Yucatan Mauricio Villa Dosal Participate in a meeting with him UK Prime Minister Boris Johnson, which was also attended by heads of state and rulers from other parts of the world, such as the Prime Minister of Scotland, Nicola Sturgeon, and the Prime Ministers of Northern Ireland, Paul Gevan, of Wales, Mark Drakeford and Vietnam, Pham Minh Chinh.

Villa Dosal attended this meeting at the express invitation of the British Prime Minister and was the only Mexican governor among the 45 people who attended, among them also the governor of São Paulo, Brazil, João Doria, and the mayor of Los Angeles, California. ., United States, Eric Michael Garste.

At the meeting, world leaders addressed issues of ways and means to work together so that the temperature of the planet does not exceed 1.5 degrees Celsius and thus avoid worst-case scenarios.

Vila Dosal’s participation in COP26 is due to her leadership on the environmental issue and in the search for fundings and alliances that allow the generation of programs and projects that help combat climate change.

in this way, The governor wants to make clear the commitments and actions Yucatan is taking to tackle climate changeAs well as sharing agendas, experiences and lessons learned with other subnational governments in other countries.

Villa Dossal participated in the panel’s schedule “Latin American and Caribbean Cities and Regions for Bankable, Low-Carbon and Resilient Multi-Level Development”, along with members of the Local Governments Organization for Sustainability (ICLEI), an international body of local governments and agencies. governmental and regional commitment to sustainable development.

In his presentation, the Governor expressed the urgent need to take concrete measures to combat the effects of the virus climate change and the adoption of a sustainable approach by governments around the world.

“We are at the apex fundamental to the future of mankind, and we all, as mayors and governors, have the opportunity to do something to achieve our goals, and from Yucatan they have our part, but without a doubt it must be a global effort,” stated Villa Dosal.

Similarly, Villa Dosal made it clear that very important steps are being taken in Yucatan Stop global warming An example is the recent creation and approval of State Climate Change Act.

He explained that the region, due to its geographical location and composition of both soil and hydrological systems, is vulnerable to the effects of climate change, and indicated that in the past year, in addition to dealing with pandemic, The state was hit by three tropical storms and two hurricanes.

In terms of energy, Villa Dosal explained that there is good progress as clean energy is embraced and producedYucatan has 2 PV parks and 3 wind farms that together produce 25% of the annual consumption currently.

In this financing, the first six months do not pay electricity, and from the first month they pay, the rate is about 20% discount. Villa Dosal noted that it was a very important program that had sparked a great deal of interest in the private initiative.

The Governor will continue his agenda in Glasgow with meetings with other important figures and institutions committed to fighting for the environment, financing sustainable projects and using clean energy to develop a healthier society.