Matthias Haas, witness to the inevitable impact of climate change on the glaciers of Switzerland 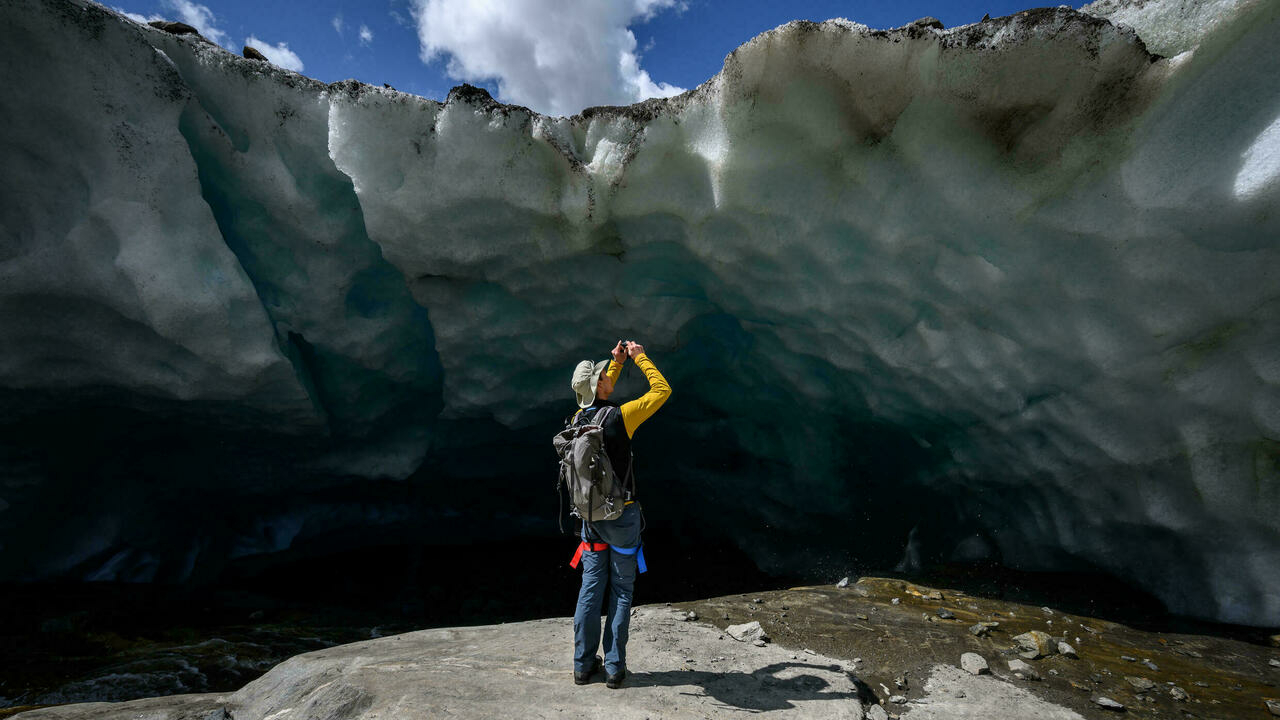 After hiking for hours on the mountain amid a sea of ​​ice, Swiss glaciologist Matthias Haas sits near the center of a massive glacier and revises his measurements.

Analysis of data collected at the Aletsch, the largest glacier in the Alps, paints a worrying picture of the impact of climate change on the giant.

In the past decade, the glacier’s 80 square kilometers of ice and rock has lost 1.5 meters in thickness every year.

Aletsch, which contains 20% of the total volume of ice in 1,800 Swiss glaciers, saw 1 cubic kilometer of ice melt in the same period.

The 41-year-old researcher heads up the Glacier Monitoring Network (Glamos), a scientific network that documents the decline of Swiss glaciers due to global warming.

“A glacier is really a giant, visible thermometer,” he says, noting that “it is more sad to see a glacier lose its size and thickness than it is to look at a graph of warming.”

“Glaciers are beautiful,” he says, commenting on people’s sometimes emotional response when considering the future decline and disappearance of these glaciers.

Glamos scientists monitor about 20 Swiss glaciers each year and note that since 2010, the pace of years with extreme ice loss has accelerated dramatically.

Although 2020 was not an extreme year, Swiss glaciers lost 2% of their total volume and this year the negative trend could continue, despite heavy snowfall and relatively cold winters, Haas said.

Global warming is progressing so rapidly that many small glaciers have already disappeared.

In September 2019, Hass participated in a symbolic funeral for the Bizol glacier in northeastern Switzerland, 2,700 meters above sea level.

He plans to collect two final samples in the coming weeks, although he admits “after that, it will really be the end”.

He’s sure Bizol won’t be the last glacier to completely melt.

“In the next ten to twenty years, other known glaciers will certainly disappear,” he lamented.

Haas has been fascinated by huge glaciers since his childhood, when he visited the giant Gorner Glacier near Zermatt.

“Every time I go back to a glacier, I get that special feeling, and I think of the first time,” he said.

That childlike joy appears every time her slender but athletic figure cuts through the blue cracks in her path.

Given an obsessive love for glaciers, one might think it sad to document their rapid disappearance.

“It’s true that it’s frustrating as a human being,” he admits. “But as a scientist it is very interesting to see and analyze such rapid changes.”

Hoss hopes that scientific measurements about the state of the glaciers will lead to concrete action.

“I have the impression that there has been a real change in the way we think about politics,” he said. “A lot of people are now saying we have to act.”

Although there are more and more business plans, Haas insists that “at some point it will have to be turned into something real”.