Luciano Vasapolo and the Betrayal of Italy that Turned Its Back on Cuba (by J. Rusticcelli) 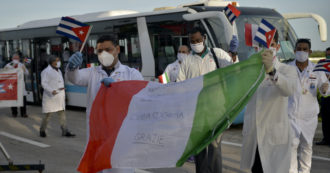 Professor Luciano Vasapolo, economic critic and lecturer at the University of Rome La Sapienza, spoke about the Italian vote in favor of the blockade of Cuba.

Dear professor, what do you think about voting for the bloc?

“I think that what happened to the vote in favor of the embargo by European governments, including the Italian government, simply clarifies that what is happening is not just an economic crisis, it is not a health crisis, it is not a systemic crisis of a monetary and financial nature, but it is now a crisis of civilization strongly.
It is a crisis of civilization on the part of the perverted TNC government that also works, unfortunately, on solidarity: Cuba exports solidarity from doctors, from international aid, from integration, from humanity and receives applause when doctors take risks. Their lives are like here in Italy.
Italy should not take that into account, because Cuba does not need any consideration; Cuba does not stand in solidarity with the doctors and teachers because at that time it wants the countries to be conditional and vote in favor of Cuba and against the blockade!
We must vote for Cuba and against the blockade because the blockade is genocide, because it kills children, kills the sick, kills the elderly, kills women: medicines do not arrive, food does not arrive, and it is clear that this also happens against Chavista Venezuela. This is how it is interrupted, undermined, the self-determination of peoples is being slaughtered: Let us not forget that the blockade is against Cuba, against Venezuela, against Iran, against Palestine – the so-called “rogue states” – against Syria. . “

Why are they called “rogue states”?

They are rogue because they do not respond to the dictates of imperialism.

But what I would like to say about the EU and Italy vote is the predatory shame of capitalism. It’s unethical taking everywhere and not knowing how to return anything, not even in terms of gratitude.
In this he reminds me of Aesop’s story: a snake was under a stone and was dying. The farmer passes and asks the snake to be released. Liberated by the peasant, who has a good sense of solidarity. The snake bites him at this point.
This reminds us of liberating Cuba and then biting it.
This is ravenous capitalism, this is what we have before us! “ 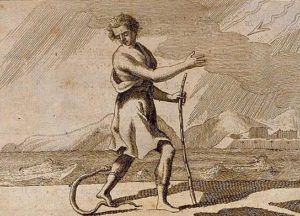 “So we are all rogue – and he concludes -. So I accuse myself of being a bandit, a hustler, simply because I am anti-imperialist, I am anti-capitalist and I want to think instead as the founding fathers of the constitution – not just the communists – who created this constitutional charter on the basis of freedom. . “