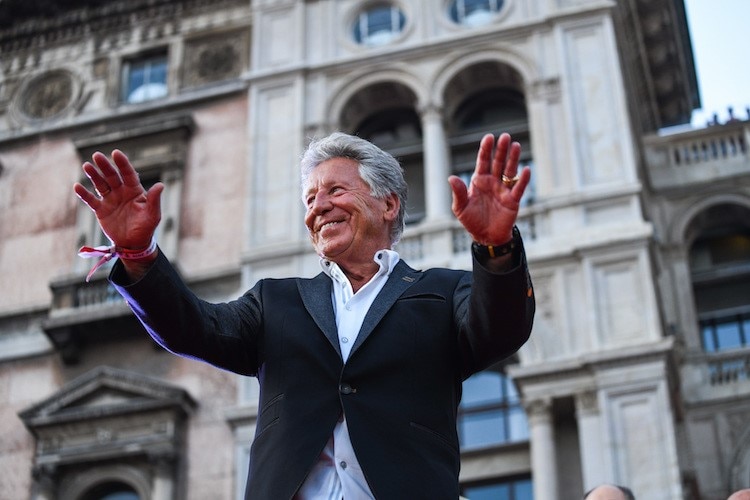 In July 2020, a fight broke out between American motorsport legend Mario Andretti and Formula 1 champion Lewis Hamilton. In an interview with the Chilean newspaper “El Mercurio”, Andretti explained that in his experience, it is difficult to mix politics with sport. The 1978 Formula 1 World Champion was outraged at how Lewis Hamilton had so vehemently urged his fellow drivers, racing and Formula 1 teams to take action against racism.

The boss came back by mail sent. The Mercedes star explained on Instagram how he found Andretti sober. “It’s disappointing, but it is unfortunately reality, that many people of the older generation cannot get rid of their skin only to realize that we have a problem. This is pure ignorance. But that will not stop me from fighting for change. It is not too late to learn something new. And I hope this guy – who I’ve always appreciated – will take some time to get better information. “

In his interview, Andretti was of the opinion that the debate about racism had become too much. “I have so much respect for Lewis, but why does he have to become a fighter? He has always been accepted, and he has all the respect. Here a problem arises sometimes where there is no problem. To paint Mercedes black – I don’t know what good thing is supposed to be.” He does. I have met racing drivers from diverse backgrounds, and everyone was always welcome. The main color does not play a part in the race. You have to earn your place with the results, and it’s the same for everyone. Yes, black drivers are a minority in motorsport, but that doesn’t mean They are not welcome. “

On a new episode of the Formula 1 podcast “Starting the Network,” Andretti confirmed his remarks. The 12-time Grand Prix winner says of Lewis Hamilton’s social commitment, “I’ve already discussed my opinion on this and I’m criticized for it. But I’m committed to it – I don’t like it when politics finds its way into sport. The nice thing about the Olympics is that delegations are from All over the world are meeting to compete. They are all the same and they all have the same goal. Either you win or you don’t, regardless of your background.

The introduction of politics into sport, as it is today, divides people. We have seen it in the United States. If you say something somewhat doubtful, discussions will begin immediately. I don’t like it when we mix that up. I think Formula 1 should remain a pure sport. Yes, we all have our values, but should we try to pursue our intentions? Well I do not know. I think politics should have its own place. I wish this place was not part of the sport. “