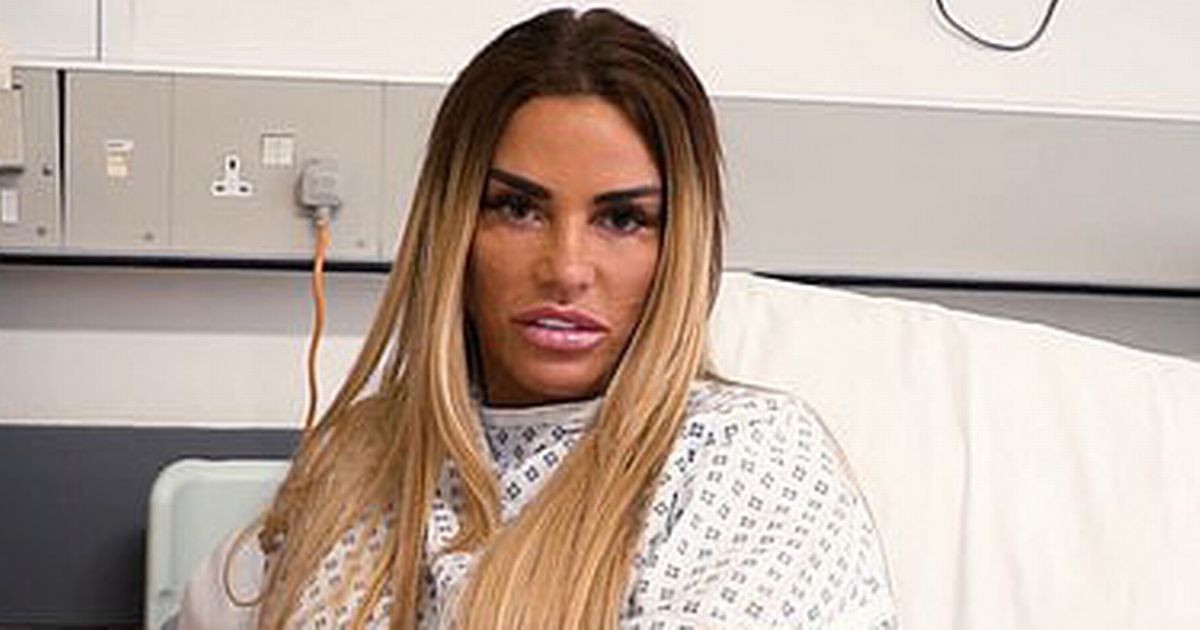 Katie Price has been rushed back to hospital with a suspected severe infection just days after her latest surgery.

The glamour model was dashed to A&E by concerned friends after being in ‘excruciating agony’ all night.

Painkillers could do nothing to touch the awful pain, so the decision was taken to move her to a specialist hospital in London.

“Katie was in excruciating agony all night, couldn’t eat, couldn’t focus and nothing was working. Painkillers weren’t touching it so pals rushed her to A&E in Epsom,” a source told the Sun.

“Doctors decided to move her to the Chelsea and Westminster hospital for further treatment but the fear is she could have an infection.”

Katie’s rep added: “After an extremely restless night in pain I can confirm that Katie was taken to at Epsom Hospital A&E, she was later transferred to Chelsea and Westminster where she has been seen by her consultant.”

It comes just after Katie filmed herself in a hospital bed following surgery on her mangled feet after smashing them during a freak accident in Turkey.

The mum of five has been warned she won’t be able to walk for months and it could take her two years to recover fully, during which time she’ll need to learn to walk again.

“The surgeon made it clear that I couldn’t have done a worse job to myself,” she said in a video filmed eight hours after she woke up from the anaesthetic and published on her YouTube channel on Friday evening.

She explained that because she injured herself three weeks before her surgery it made the surgeons job “harder”.

“The registrar, the one that I saw earlier, came in and broke the news to me,” she said.

“Unfortunately when they got inside, because they wanted to do keyhole surgery, they were more smashed up and mangled than the x-ray… because it was three weeks ago I did it they’ve sort of started healing.

“It made their job harder.”

Currently she is getting around on a bedazzled Barbie pink wheelchair.

Katie’s operation means that she needs to keep all her weight off her shattered feet, and will be wheelchair- and crutch- bound for the next couple of months.