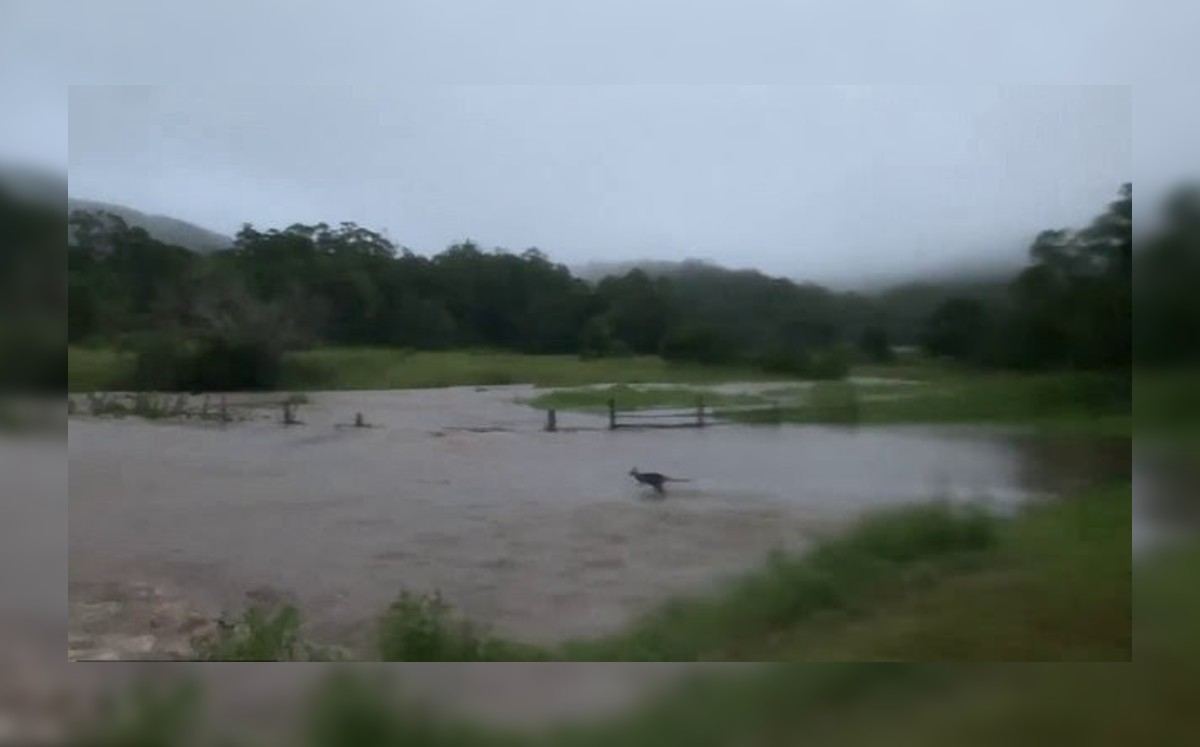 A kangaroo ended up swept away while trying to cross a flooded field New South Wales, between Heavy rainfall recorded on the east coast of Australia.

The animal was seen north of the city Port Macquarie, 380 km from Sydney, which was one of the areas hardest hit by heavy rains in the early southern fall.

In an attempt to cross the field, he ended up off the stream. There was a moment when the kangaroo desperately sought to get close to Earth, But he managed to swim ashore and continued his way safely.

The authorities have asked residents to evacuate low-lying areas of the eastern coast of Australia because of the heavy rains that could “endanger the lives” of the residents.

Hundreds of people have gone to evacuation centers in northern Sydney, and authorities estimate that many more will seek shelter as the rains head south along the coast.

According to the Bureau of Meteorology, the floods exceeded the 2013 record in Port Macquarie. In this region, the authorities are advising residents not to go out as there is a risk of flash floods.