These are the main states during election night 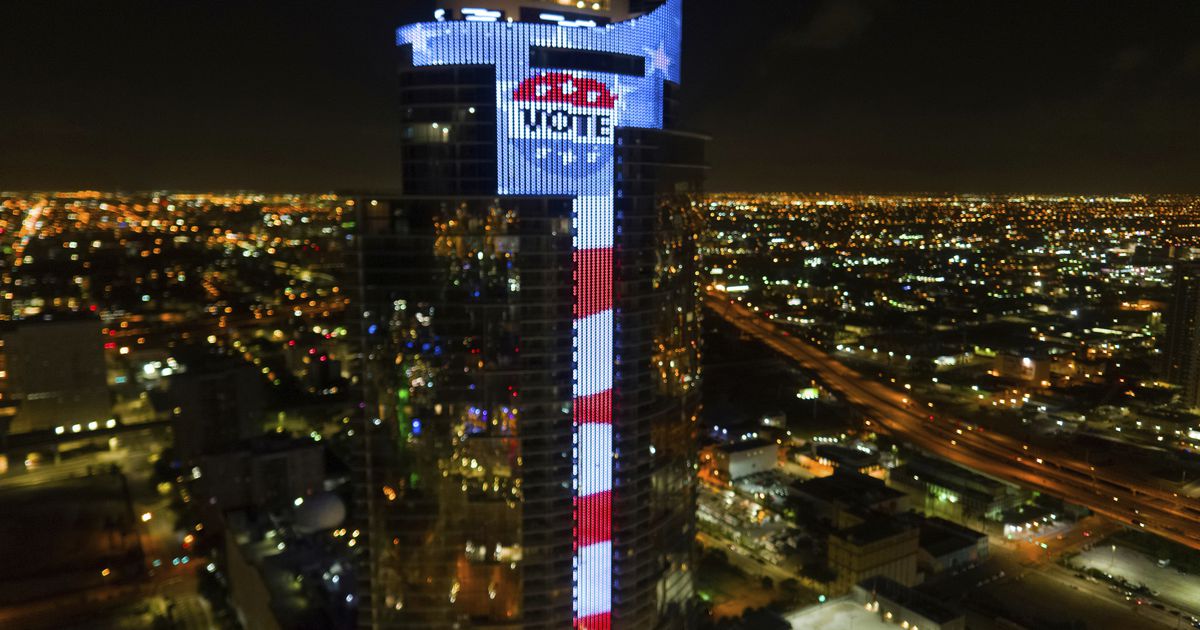 Most election observers do not believe the winner will appear before midnight on November 3. This is because states like Pennsylvania, Michigan and Wisconsin have expanded voting by mail and will only be able to count them after polling closes.

The portal analysis notes, “Unless (Donald) Trump or (Joe) Biden has a very happy day on November 3, it is unlikely that one of them will reach the 270 required electoral votes by midnight.” FiveThirtyEight, Who conducts the statistical analysis of the elections.

FiveThirtyEight and another simulator, like Crystal Ball Larry Sabato, claim Biden has an 89% chance of winning the election, but make clear that a 10% chance for Donald Trump reveals that this scenario is still possible.

According to FiveThirtyEight, of that group, only Ohio, Texas and Iowa are Trump’s favorites after analysis and average polls.

The winner must receive 270 electoral votes to receive the presidency.

Pennsylvania is the first major state. According to FiveThirtyEight, Biden is only five points ahead, and he and Trump campaigned extensively in that case until the last minute. In Pennsylvania, legal challenges and a high mail-order vote rate are also expected. For this reason, it is not believed that Pennsylvania will announce any of the candidates in the election Tuesday.

The next disputed state is Florida, and only three points (within the margin of error) separate the two candidates. FiveThirtyEight gives Biden a slight lead, but Florida is unpredictable to pollsters.

In addition to Florida, other states that can be identified overnight are Georgia, North Carolina and Arizona, notes journalist Alexander Burns of New York times. Of these four, Florida is the most important, but also the most volatile.

Instead, Michigan, Wisconsin and Pennsylvania will have to wait, likely until the next day.

Georgia is another East Coast state that could have a winner before midnight, but only 1% separates Biden and Trump in the polls. The same is true in North Carolina. In Arizona, the former vice president appears to have an even greater advantage. Be warned, these four states were won by Trump in 2016.

Texas will also be a staple on Election Day. Trump remains the favorite to win, but Republicans are concerned about the high turnout, which would be a good sign for the Democrats. For Texas, the most important thing may be the results of the state legislature, as they strive to achieve a majority in elections whose outcome will lead to a redistribution of electoral districts.

Ohio and Iowa also look good for Trump, but the difference is still very small.

If any of the states mentioned were announced by the Associated Press to a candidate, that would clarify the election landscape, but the most likely scenario is that you sleep without knowing who won the election.