Judging democracy from without is undemocratic. Shi’s paradox 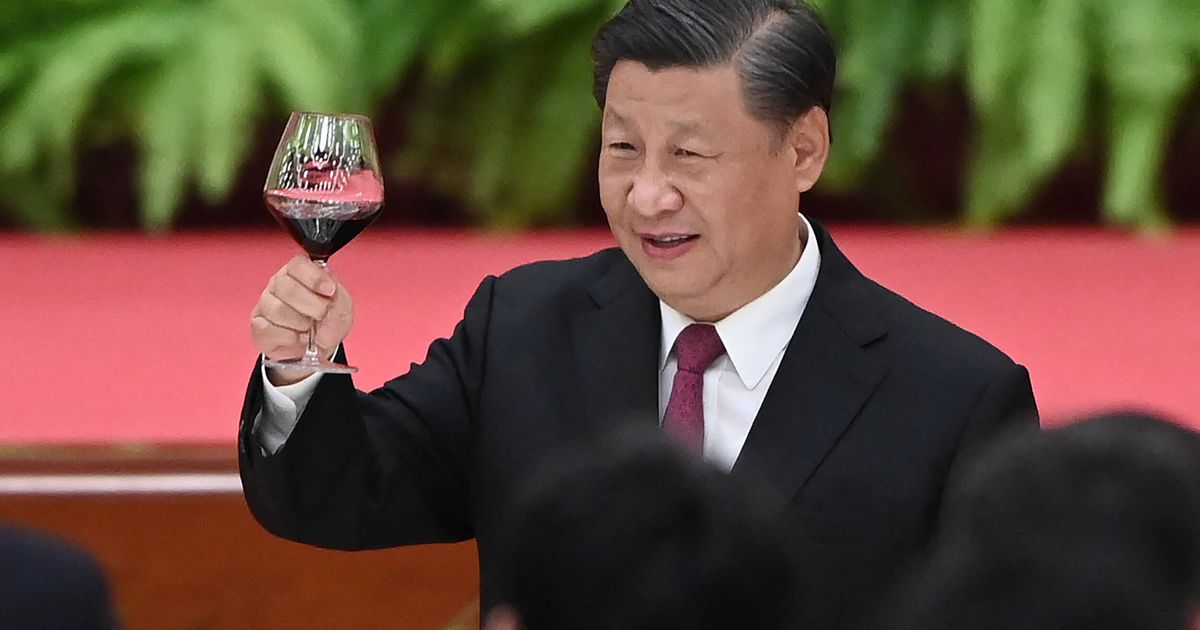 Judging democracy from the outside, according to strict and inflexible criteria, is not democratic. It could be called “Xi’s Paradox,” but it sums up the Chinese president’s powerful thoughts on the most controversial and divisive issues of all that the West has decisively dedicated to the new communist China in recent years. It may be because talking about democracy in China sounds – to us Westerners – like talking about a rope in the house of the hanged man, which Xi Jinping wanted to focus on in his last official speech, which took place at an important party meeting. In front of senior leaders of the Chinese Communist Party. Now heading toward a third term, which will likely be confirmed as party chief at next fall’s congress, Xi once again insisted on his concept of “Chinese-characteristic” democracy during the Central Conference of Labor and people’s rallies. In the presence of the Central Committee of the Communist Party as a whole. “Whether it is a democracy or not, it should only be said by the people of that country, and there is no place for a small number of outsiders to point fingers at this or that,” said Xi, who then concluded with the “paradox.” “:” It is “undemocratic” to judge all democracies according to one criterion. “A position that was already expressed at the recent UN General Assembly, when Xi called on the world to “welcome various paths of modernization.”

Fritschaten not fully veiled, that of Xi, was targeting the now-regular challenger, US Joe Biden. It is for this reason that international analysts considered his speech to be the latest attempt to defend the Communist Party system amid increasing US and Western pressure on rights and values, in the face of growing concerns about human rights and repression. of the opposition in China.However, this pressure does not appear to have affected in the least, nor does Xi, who has described the current Chinese political system as a “great creation” and “key to global success” for China, do not worry. According to Xi, democracy does not consist of “loud statements before the elections, and then silence of the people: if they are given songs and dances during the campaign but have no say after the elections, then democracy is not true democracy”, because the Chinese leader insisted “in Judging whether a country’s political system is democratic or efficient, [dovremmo] Examine whether there is an organized and legal succession to its leadership, whether its members can manage state affairs and social, economic and cultural matters in accordance with the law, and whether its members can effectively express their concerns and requests […] And if there are effective checks and balances on power.”

See also  Brody and Gentiloni's Appeal to the Economics Festival: 'We Need a Strong and Quiet Europe' - Chronicle

His remarks echo previous attempts by Chinese diplomats, including those by US Ambassador Chen Gang, to challenge the emerging narrative that summarizes the US-China relationship as “democratic versus authoritarian.” In a recent speech to the Carter Center and the George H.W. Bush Foundation The relationship between the United States and ChinaYes, Chen said, China is a “full democratic process”, that is, a nation where “all power belongs to the people,” and where the interests of the people are represented at all levels of the system. Xi had previously used the term “the whole democratic process” in his July 1 speech to celebrate Centenary of the Communist Party. NS In an effort to demonstrate that China is a true democracy, the ambassador also cited Abraham Lincoln’s concept of government, “for the people, by the people, for the people” and Plato’s belief in the importance of a state that educates its citizens.

In short, according to Xi Jinping and his followers, China’s one-party system would not only be the best possible system of government, but would also be a model of democracy (although it recognized “Chinese characteristics”) that would ensure people had an opportunity to express their interests and needs. But it is always under the control of the Party – more and more widespread – and its mission, these are Xi’s always words, is to “ensure stability first and foremost”, because “history and reality have proven that the country is stable if its system is stable and the country is strong if its system is strong” . Matters closely related to the socio-economic vision pursued for some time, with absolute resoluteness and ignoring any internal opposition (however minimal, it must be said) by the Chinese president. A view summed up by an extensive article that appeared – not surprisingly – only yesterday in the journal Qiushi (literally “In Search of the Truth”), a bimonthly political theory of the Communist Party Central Committee, which published the full text of Xi’s speech at the committee meeting. The Central Party for Financial and Economic Affairs last August 17, on “common prosperity” – that is, material and cultural wealth shared by all, not a few. An achievable goal — Xi and Uncertain — “in the middle of this century,” along with the goal of completing national renewal.

The article on Qiushi proposes a series of phrases that have always been Xi-think’s battle horses. “Only by promoting shared prosperity, increasing urban and rural incomes, and improving human capital, can we increase overall productivity and strengthen the foundations of high-quality development,” it states. Xi also says the country should aim, step by step, at building an “olive-shaped” model of wealth distribution, that is, one in which the majority of society belongs to the middle class. Beijing is committed to expanding the ranks of this social group, improving the lives of people at the lower end of the income spectrum through education, vocational training and urban migration, to enable them to enter part of the Chinese middle class. In his speech, Xi added that the salaries of basic civil servants and workers in state-owned enterprises should also be increased, and in the meantime, the government will strengthen regulations for the wealthy through reforming the tax system, reducing “unreasonable income. And cracking down on illicit earnings. China.” It will basically reach common prosperity by the middle of the century,” when the income and consumption gap will narrow to a “reasonable range,” says the Chinese president, avoiding the “welfare trap” of supporting the lazy, at the same time recognizing the “large gap in the level of development between China and developed countries.” “.

After all, it is clear to everyone how living standards in China have increased dramatically over the past four decades of rapid economic growth, but how the wealth gap has widened at the same time. According to official statistics, in 2019, the Chinese Gini coefficient (a measure of income inequality between 0 and 1: the higher the value, the greater the inequality) stood at 0.465. The 0.4 level is generally seen as a red line for inequality, but China’s wealth gap is actually close to that of the United States, which in 2020 had a Gini index of 0.48, much higher than Japan or South Korea.