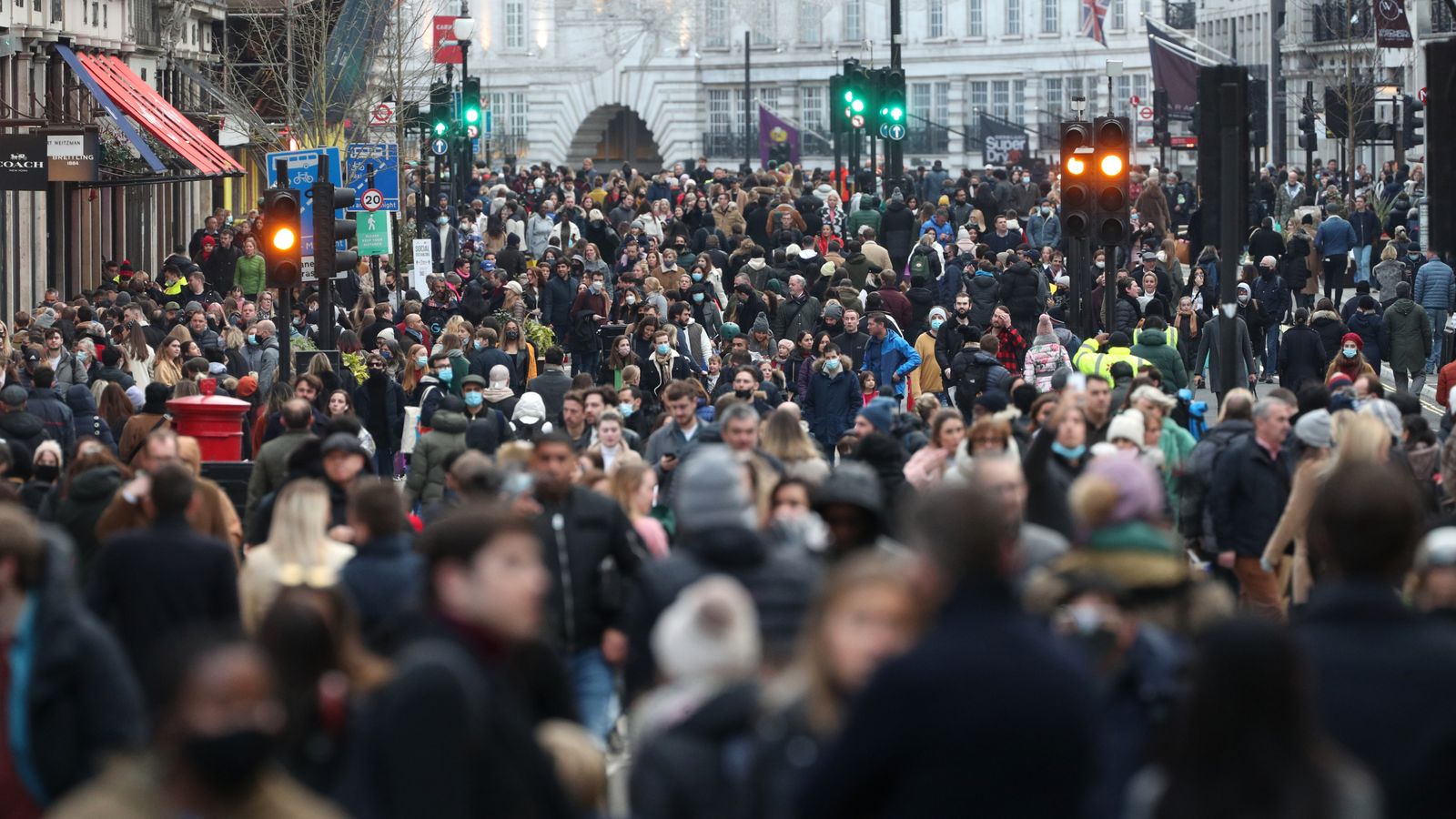 The latest figures showed that Coronavirus infection rates in England are now the highest in London, but infections have stabilized nationwide.

The capital recorded the nation’s highest infection rate – 191.8 per 100,000 people – for the week from November 30 to December 6, according to the weekly surveillance survey conducted by Public Health England.

That’s up from 158.1 per 100.00 the previous week, and Sky News understands that MPs will receive a briefing on the situation from Health Minister Helen Watley later on Thursday.

The latest public health data in England show that cases have increased in 24 out of 10 London32 circles.

Hafring, located east of the capital, had the highest rate in London for the week ending December 3 – 346 per 100,000 people.

After London MPs met with Health Secretary Helen Whatley on Thursday, they said a decision on moving the capital to Level 3 would be made on December 16, details were published the next day and would come into effect from December 19.

“It was a very clear preparation for Level 3. I think the decision was largely taken,” one Member of Parliament told Sky News.

Earlier, the city’s mayor Sadiq Khan warned people in the city that they are Risks of moving from Level 2 to Level 3 Restrictions amid mounting cases.

The tiered system is due to be reviewed in England on December 16, which the government said could provide opportunities for regions to move up or down.

But across the country, PHE data is showing Corona Virus Case rates remained “at a similar level” for the week ending December 6 than they were in the previous week.

in England, Coronavirus disease Injuries were higher among people between the ages of 40 and 49 and hospitalization was higher in the northeast.

Case numbers are down in Yorkshire and the Humber, but have risen in the east and southeast of England, according to the numbers.

Overall, both ARIs and hospitalizations have decreased.

Commenting on the numbers, Dr Yvonne Doyle, Medical Director at Public Health England, said: “Everyone’s sacrifices over the past few weeks mean that cases have decreased dramatically in many parts of the country.

“However, the downturn is starting to slow and overall infection rates remain high so we must all remain vigilant.

According to the latest test and tracking numbers for England, 96,415 people have tested positive at least once in the week ending December 2.

A total of 91,578 people were entered into the system – with 86% reached and asked to provide contacts. This is largely unchanged from 86.1% in the previous week.