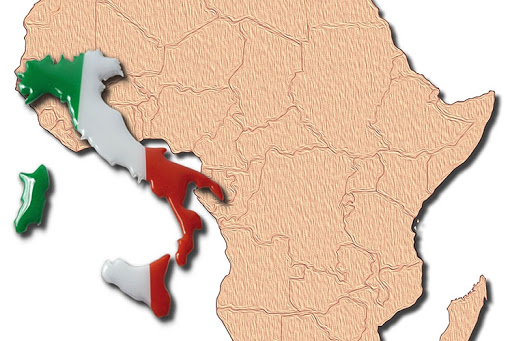 Italy’s re-discovered universal interest in Africa cannot be denied, and on the basis of this assumption, the third edition of the Italian-African Ministerial Conference was inaugurated today. At the Sheraton Parco de’ Medici Hotel in Rome, dozens of African delegates have arrived at these hours for a meeting that this year will be part of the Italian G20 presidency and will focus on its three pillars, “People, Planet”. , prosperity”, and is also associated with the UK’s partnership for COP26.

The President of the Republic inaugurates the work of the conference Sergio Mattarella Followed by the words of the Minister of Foreign Affairs Luigi Di MaioChairperson of the African Union Commission, Moussa Faki Mahamat, Executive Secretary of the United Nations/UNICA Economic Commission for Africa, Vera Songwe, head of COP26, Alok SharmaPresident of the European Commission for Health and Sustainable Development, Mario Monti, and head of B20, Emma Marciglia.

After the morning plenary session, the conference will develop into four thematic groups that will provide relevant participants with a forum for discussion and exchange of ideas on Renewable energy issuesAnd of energy transmissionAnd Environment, green finance and sustainable development. From Rome more and more in recent years, commitment on the continent’s economic, political, military, social and cultural fronts has seen an overt, but in some ways unexpected, escalation. From an economic point of view, Italy is confirmed as one of the main investors in Africa And also in 2019 it entered the top ten in the ranking. This was revealed by the contents of the World Investment Report 2021 issued by the United Nations Conference on Trade and Development (Unctad), where in 2019 Italy recorded foreign direct investment of $31 billion towards the continent, an increase of nearly 50% from $21 billion in 2015.

According to Unctad data, Italy ranked 3rd in the European Union (it is only preceded by the Netherlands and France) and 8th globally, after the United Kingdom, China, the United States, Mauritius and South Africa. Over the past six years, Italian investments in Africa have grown steadily and the country has always been at the top of international rankings. The big players in the energy sector still play the lion’s share, but, despite the lack of accurate data at the moment, there is greater excitement even on a smaller scale and in less capital-intensive sectors of the energy sector. Compared to 2013 – the year in which the Italian-African initiative was launched by the Ministry of Foreign Affairs, ushering in a new phase of political interest in the southern Mediterranean – small and medium-sized businesses with ongoing activities in this region increased almost tenfold.or that African country . If a decade ago Italian companies in Africa were dealing with energy or infrastructure, Today there is a wonderful variety.

At work today on the continent there are companies in the north, center and south of the country, and we are witnessing both the return of great historical collections still remembered in many African countries (just think of Fiats, in cars and agricultural machinery) and a newborn interest in new sectors (bioplastics) . Many of these companies seem to have fully understood the concepts of environmental, economic and social sustainability and true partnership with African subjects. But above all they seem to understand it to work (well) with African countries Long-term ideas and projects are neededIt is not a quick commercial or speculative transaction.

See also  United States of America. Here's who and what the Caesar of the Indo-Pacific will do

However, the economic front is not the only one that has recorded consistent growth in the past eight years. until the The political relationship between Italy and Africa He’s back to gaining momentum. The numerous trips made by the Prime Minister, the President of the Republic and the Ministers of Foreign Affairs and the great activity of the Deputy Ministers are proof of this. Evidence for this is the opening of new embassies and the embassies we are working on, as well as a return to making a political contribution to resolving crises such as the crisis in Libya, the Sahel or the Horn of Africa. However, another test has been made recently, in addressing the issue of African debt in a full-fledged epidemic with the proposal to issue the G-20 (ie, the test given by Link 2007, a network of the most important Italian NGOs, to free up funds in order to pay off the debts of African countries, Whatever its binding on structural and sustainable investments), a proposal endorsed by the government and brought up for discussion at the G20.

In short, Africa has grown in Italy’s political and economic debate, but it has also grown in actions of cooperation or in social and cultural interests. The number of Italian universities they work in is steadily increasing Cooperation projects with African universities Or who are considering interesting training offers dedicated to African students, and there is also an increase in professionals, lawyers, accountants and consultants, who offer their experiences on the African continent, producing useful reference points for anyone who wants Look at Africa with new eyes, away from old stereotypes. Of course, the Covid pandemic and the effects it brings with it may slow or delay this knowledge process a bit, but it now seems impossible that they can reverse it.

See also  "Francis is a pioneer and a very important voice who will accompany us all the way to the Glasgow conference." Keri spoke