“Emperor Arian!” What Navalny’s poisoning tells us about Putin’s Russia 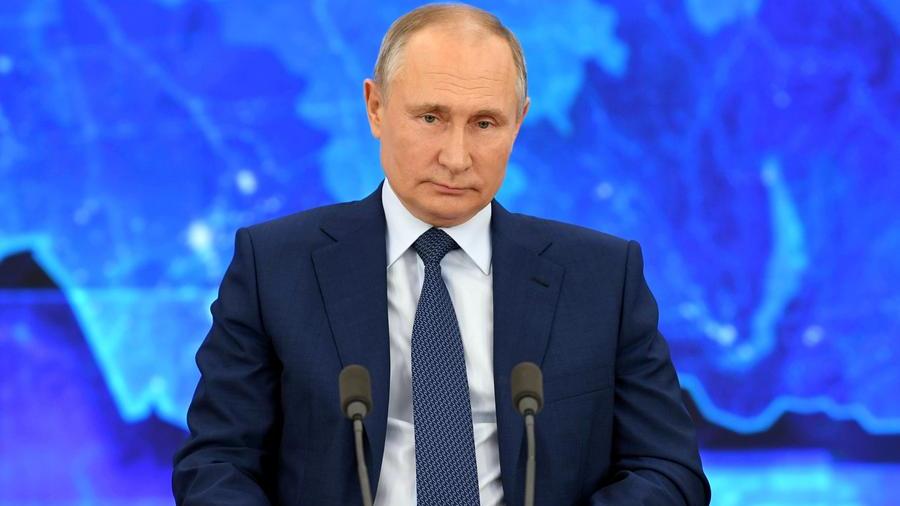 On December 22, 2020, Charité University Hospital Berlin published a report on Alexei Navalny’s clinical pathway in the scientific journal The Lancet. The article titled “Poisoning by Nerve Agent in Novichok”, signed by 14 teachers, states that Charity diagnosed Navalny with acute poisoning caused by a cholinesterase inhibitor. The German Federal Armed Forces have conducted further tests and provided evidence of the use of the Novichok chemical nerve agent. This finding was confirmed by the Organization for the Prohibition of Chemical Weapons (OPCW).

This post also comes in response to major allegations by Russian authorities that their German counterparts have refused to provide official information about Navalny’s medical treatment. In fact, Russian President Putin asked himself at every press conference: Well, when are the Germans going to give us the data?

Now that the data has been revealed, the question is: Will Russia open an official investigation into the attempted murder? Until now, I refused to do so.
However, the most obvious “evidence” that Navalny had poisoned Penovichuk came from an alleged FSB agent “confession”. Navalny recently released a 45-minute audio recording of his conversation with a man he calls an FSB officer, Konstantin Kudruvtsev, who is allegedly involved in the poisoning. Navalny introduced himself as assistant to Security Council Secretary Nikolai Patrushev and posed some questions about the issue. During the conversation, Kudruevtsev inadvertently admitted that the poisoning process was organized by the FSB and his role was to clean traces of Novichok from Navalny’s clothes with special attention to underwear. Moreover, Kudrovtsev said the operation was well planned and Navalny could not have survived if the pilot had not landed quickly and ambulance doctors did not inject him with atropine.
The FSB described the video as fake and a provocation to discredit the security services.

However, no action was taken to validate the registration and thus Navalny was “exposed”. And again, many wonder why the alleged FSB officer should talk about the details of the covert operation in an open queue? For two main reasons: First and foremost, Kudryavtsev is not an operations officer who clearly follows instructions or internal rules about what can and cannot be said on a regular phone call, but rather a technical professional who was involved in the process in order to “wash” Navany’s poisoned underwear and remove all evidence. The second reason is the Soviet mentality that still prevails among workers in the security services, that is, respect for the hierarchy rather than compliance with rules or norms. In this case, it was sufficient for Navalny to present himself as Patrushev’s aide to extract “recognition” from Kudryavtsev.

Prior to the release of this audio, Bellingcat reported that FSB was involved in poisoning Navalny with Novichok. The report identified eight FSB agents with medical / chemical / biological warfare expertise working for the FSS criminal investigation, who have stalked Navalny on more than 30 occasions since 2017.

At the press conference, Putin admitted that special services were pursuing him due to Navalny’s alleged cooperation with US intelligence services. However, he did not explain why officers with experience in chemical warfare should supervise the suspect. He also claimed that the report published by Bellingcat was nothing but “legalizing US special services materials.” In addition, the president said that “if anyone wanted to poison him, he would get the job done.” Thus, he clarifies that the killing of a Russian citizen is nothing but a matter of political will and order.

So what does the attempt to kill Navalny tell us about contemporary Russia? The answer to this question lies in the events that occurred during (but not limited to) the year 2020. Prior to the Navalny saga and in parallel with it, Russia witnessed the constitutional changes that enabled President Putin to rule the country until 2036.; In addition, the State Duma passed a series of laws restricting political life and activities. In particular, it approved a bill that would allow the state media regulator to ban websites that “discriminate against Russian media”. The bill affects social media sites such as YouTube, Facebook and Twitter. Another bill provides prison sentences for people who make defamatory comments on the Internet or in the media. So all these developments for 2020 indicate that Russia has turned into a constitutional dictatorship, a personal and criminal political system, where, in addition to political freedoms, the main constitutional article – “Everyone has the right to life” – is not guaranteed.