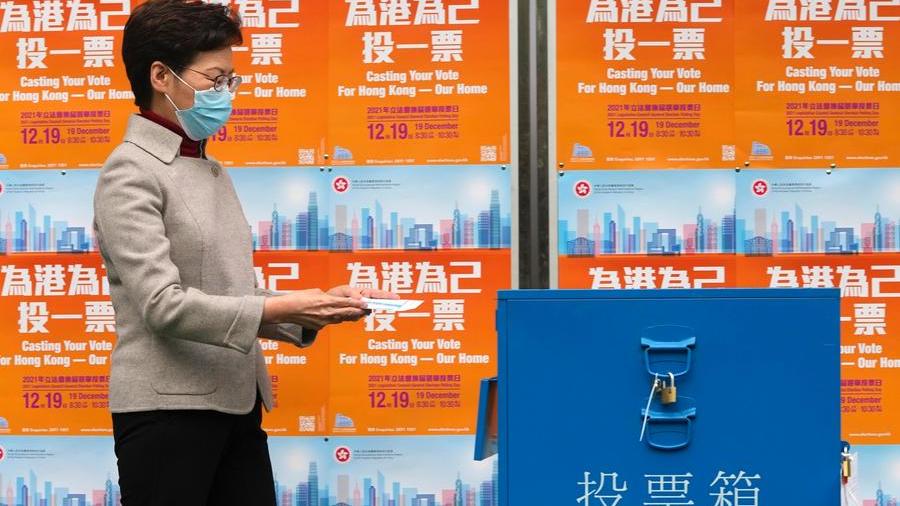 With Sunday’s vote to renew the Legislative Council, what could be the latest measure to normalize Hong Kong, the “rebellious city” that was shaken between 2019 and 2020 by the party’s most cunning mass movement, took place. That happened in Tiananmen thirty years ago.

Yesterday, the 90-member local parliament was renewed for the first time after electoral reform which forms – along with the National Security Law – the focus of the strategy outlined by the Fourth Plenary Session of the 19th Central Committee (October 28-31, 2019): to abolish, in fact, The political independence enjoyed by the former British colony sincepeace‘, crossing into the People’s Republic on July 1, 1997, and silencing and criminalizing dissidents, whose prominent supporters in recent months have either fled abroad or ended up on trial in Hong Kong.

Like Beijing’s strategy, the strategy of the diverse pro-democracy camp is well-defined: trying to delegitimize in every way the policies the center has launched in recent months, hoping that pressure from the United States can halt the CCP’s project. To incorporate all the influences of Hong Kong into the Chinese system.

For this reason, they left the polls on Sunday (those who publicly called for a boycott were arrested), the only result being to be left without parliamentary representation.

However, a large part of Hong Kong residents still consider the reasons for protest valid, which have been expressed in various political movements since 2003, which came to demand universal suffrage for both the Legislative Council and the selection of the “chief executive”, the head of the local government.

In fact, published results show that only 1.3 million went to vote, 30.2 percent of the electorate: abstention was higher (5.6 percent) than the highest rate previously recorded, in 1995 under the British colonial government.

Hong Kong society remains divided between yellow, the color of protest and the blue of the institution. However, the head of government showed his satisfaction, given the birth of a technocracy that must implement major development projects that Beijing is contemplating in Hong Kong.

“When the seventh legislature begins work, we will fully cooperate with them to revive the economy,” Ms Kerry Lam said yesterday before leaving for her annual visit to Beijing.

The 153 candidates who competed for the seats brought by the reform from 70 to 90 (reducing the number elected by universal suffrage from 35 to 20) in recent weeks have been examined by the new Ad Hoc Committee (which also elects the 40 members of Legco) that it has been confirmed that they ” Patriots”, i.e. people loyal to the local institutions and those of the People’s Republic of China, for which Hong Kong is considered its own administrative region (Hksar). The other 30 representatives were elected to “functional” faculties by various professional groups.

The result was widely expected and sadly: in the upcoming Legku there will be 89 establishment deputies loyal to Beijing and one advocate of the pro-democracy opposition, Tek Chee-yun, founder of the centrist third-party party, is among the few who chose not to boycott the elections.

The absence of opposition from the new Legco will allow Beijing to pass unhindered the policies of the 14th Five-Year Plan (2021-2025) aimed at integrating Hong Kong into the Greater Bay Area, a group of 11 major cities around which the industrial province of Guangdong revolves, which aims to become a giant center for innovation.

The Chinese government defended its Hong Kong strategy by publishing a white paper titled “Hong Kong’s Democratic Progress under the ‘One Country, Two Systems’ Principle”, praising the “improvement of the electoral system”, which “promotes positive sentiment.” Necessary conditions for the election by universal suffrage of the CEO and the Legislative Council.

According to the document, Hong Kong has entered a “restore order” phase. Soon it will finally be possible to grant Hong Kong citizens the requisite universal suffrage, to vote for candidates carefully selected by Beijing.