Israel wants peace with its neighbors 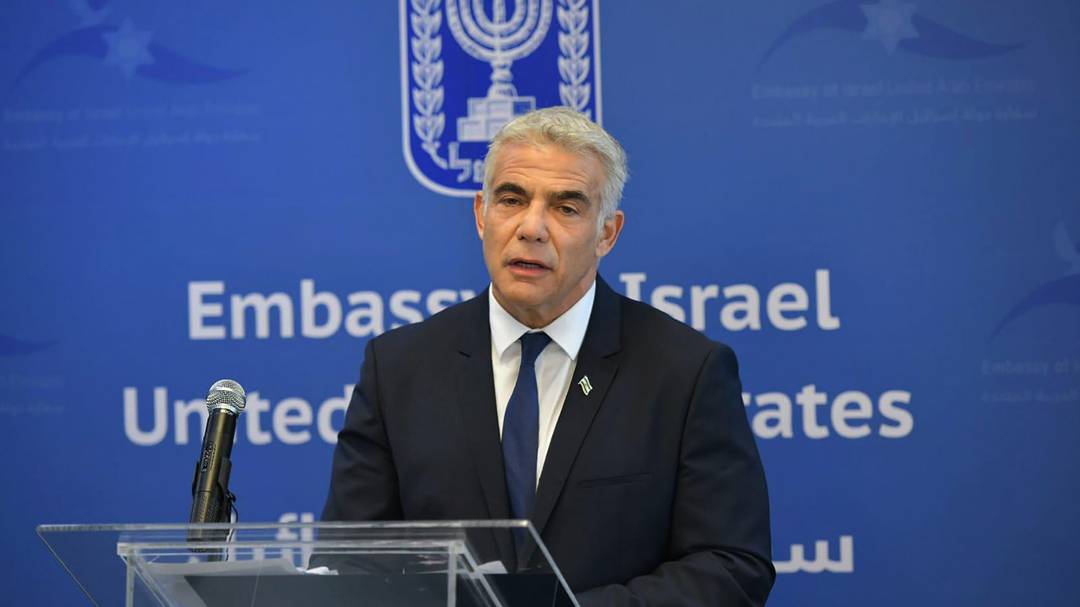 Abu Dhabi. After establishing diplomatic relations with the United Arab Emirates, an Israeli foreign minister traveled to the extremely wealthy Gulf country for the first time. Foreign Minister Yair Lapid called on Middle Eastern countries to take similar steps during his visit to Abu Dhabi where he opened the Israeli embassy on Tuesday. Israel wants peace with its neighbors. Lapid said. We want all countries in the region to recognize this. Come and talk to us. “

Israel signed the agreements known as the Ibrahim Accords with the UAE as well as with Bahrain in September. Previously, only two Arab countries, Egypt and Jordan, had diplomatic relations with Israel. The agreements followed after mediation by the United States under then-President Donald Trump. Most Arab countries refused to recognize Israel for decades before the conflict with the Palestinians was resolved.

As part of his two-day visit, Labid was supposed to meet his Emirati counterpart Abdullah bin Sajid and open a consulate general in Dubai. After arriving in Abu Dhabi on Tuesday, Lapid thanked him on Twitter for the “warm welcome”.

Former Israeli Prime Minister Benjamin Netanyahu is due to visit the UAE in March. His visit was canceled at short notice due to difficulties coordinating the flight in Jordanian airspace. According to media reports, Netanyahu was supposed to meet the Crown Prince of Abu Dhabi and the de facto ruler of the Emirates, Sheikh Mohammed bin Sajid.

Behind the scenes, Israel and the UAE have long been cooperating, for example on security issues. The two sides now also hope to get more economic benefits and want to work together in the fields of tourism and science, for example. The two countries started direct flights between them and announced the opening of embassies for them.