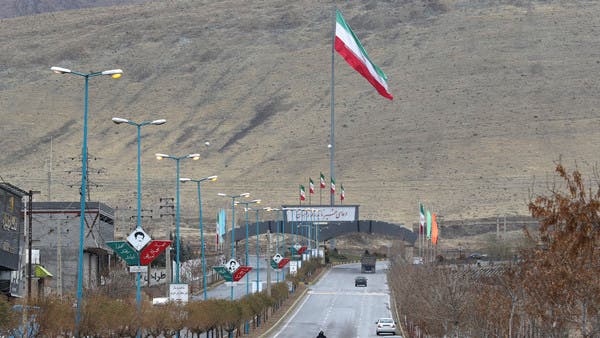 A report by the Swedish Intelligence Agency for the year 2020 stated that Iran sought to obtain Swedish technology to develop its missile program and nuclear weapons, according to a report published by the newspaper “Asharq Al-Awsat”.

The report showed that the Iranian government has practiced espionage activities about Swedish industries and technical programs, and has identified large investments targeting Swedish products that can be used in nuclear weapons programs.

The disclosure of illegal activities to secure purchases of nuclear weapons for Iran from Sweden comes in the wake of the issuance of a document by German intelligence, which revealed last week that the Iranian regime did not stop its efforts to obtain weapons of mass destruction during the past 2020.

The Swedish report and the German document would add more defects to the current US calculations concerned with trying to re-join the Iran nuclear deal.

The Swedish report comes in conjunction with an American intelligence report that stated that Iran has a frightening stockpile of low-enriched uranium, pointing out that Iran’s stockpile of uranium doubled 14 times From what the 2015 agreement specified.

The report also coincided with the Europeans’ attempts Reviving the nuclear deal with Iran, amid regional opposition Due to the 2015 agreement neglecting important aspects of Iran’s destabilizing role, such as its ballistic missiles and fighting proxy wars in more than one region.

Moreover, after the conclusion of the third round of Vienna talks that aimed to persuade Tehran and Washington to return to the agreement, the European parties still see a long road and say that there are “no guarantees” for the success of these negotiations, but a breakthrough is not impossible.

While Tehran adheres to the lifting of sanctions in one go, Washington does not agree to this request. Rather, it imposed sanctions a while ago on Iranian entities due to human rights violations.