In these nine subway stations there will be free internet 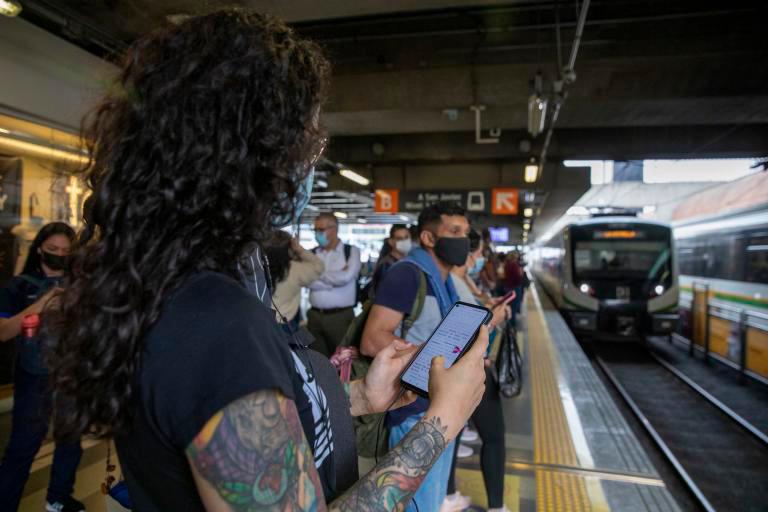 It is estimated that by mid-2022, nine subway stations will provide free internet to passengers. This was determined after the signing of a joint administrative agreement between the metropolitan area and Medellin Metro. Beneficiary stations in the south will be Ayora, Envigado, Itagui, Sabaneta and La Estrella; In the center, industries; To the north, Nikia, Belo and Madeira.

The project investment is $2700 million. Of these, the metro will contribute $1,620 million in kind (infrastructure, personnel, energy, and advertising) and the metropolitan area with the remaining $1,076 million. The goal is to cover a fleet of 80 vehicles. We already have test points at 15 stations, however, and people will see progress between the first and second quarters of next year. “We will have 300 megabytes of upload, 300 megabytes of upload, identically, with a high-quality connection, with the potential even to monetize these efforts,” Medellin Mayor Daniel Quintero said.

The service will initially be offered in 12 trains, but the idea is to cover a fleet of 80 vehicles, said Thomas Eligalde, director of the metro.

The solution will have two dedicated symmetric internet channels of 300Mbps, with the possibility of scaling if requested by the user. In other words, it is a service that makes it possible to send and receive information at the same time and at the same speed without affecting the efficiency of the communication signal, as explained by the metropolitan area.

The intent is to continue expanding to the rest of the massive system, said Juan David Palacio, director of the metropolitan area: “The challenge is to provide free internet for Metroplus, trams and metrocable.”