Important messages and new pictures … Why did Egypt sign a security agreement with Uganda? 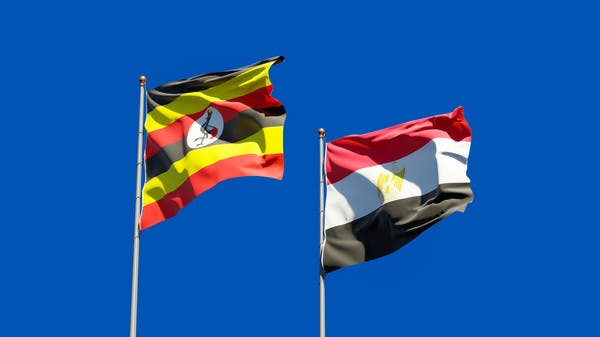 Uganda recently announced it It signed an agreement with Egypt to exchange military information, In light of the escalating tension between Egypt and Ethiopia regarding the Renaissance Dam crisis.

According to a statement issued by the UPDF, The agreement was concluded between the Egyptian Intelligence Service and the Headquarters of Military Intelligence Affiliated with the UPDF.

The Ugandan People’s Defense Forces statement quoted Major General Staff Sameh Saber Al-Degwi, a senior Egyptian intelligence official who headed the Cairo delegation to Kampala, as saying, “The fact that Uganda and Egypt share the Nile makes cooperation between the two countries inevitable, because what affects Ugandans in one way or another affects Over Egypt. “


2 photos
From the Egyptian delegation’s visit to Uganda

From the Egyptian delegation’s visit to Uganda

From the Egyptian delegation’s visit to Uganda

Here the question arises … What does this agreement mean, what is its significance, and the secret of the timing of its announcement?

Major General Tamer Al-Shahawi, a member of the Defense and National Security Committee of the former Egyptian Parliament, confirms that the agreement does not mean military preparation on the ground, imposing and placing forces, and so on. They symbolize important messages and connotations that the Egyptian side would like to send to the EthiopiansAnd it supports the negotiating position in the file of the Renaissance Dam.

For example, he told Al-Arabiya.net that the aim of the agreement is to expand the regional depth of Egypt in the circle and perimeter of the Renaissance Dam, and to cooperate with countries surrounding Ethiopia, namely Kenya, Tanzania, Uganda, Eritrea and Sudan, and to emphasize the existence of common interests with all African countries, As well as creating an important African regional depth in the Horn and the African heart.

He revealed that choosing Uganda to sign the agreement with it due to its association with the Congo River, which it presented its initiative for cooperation in and the possibility of benefiting from it in compensation for the repercussions that may occur due to the Renaissance Dam, and it will provide large quantities of water to the Nile Basin countries and will provide Egypt many times the amount it gets from a water share.

3 photos
Of the Renaissance Dam

He pointed out that the Ugandan president has strong relations with Ethiopia and has brokered a solution to the ethnic problem in the Tigray region, and cooperation with Uganda is important to obtain its support in the crisis, especially since the Ugandan president proposed holding a summit between the presidents of Sudan, Egypt and Ethiopia to resolve the Renaissance Dam disputes and defuse the border crisis between Sudan. And Ethiopia.

He said that the agreement comes under extremely complex regional conditions, as the Ethiopian dam is financed by the World Bank, and other large countries have invested large investments in it, in order to reach a main goal for which it seeks to sell water and make it a commodity like oil, benefiting from its sale by countries and major organizations, and therefore The cooperation with the countries of the African depths makes the Egyptian negotiating position strong and solid, preserves Egypt’s water gains, and stops many attempts to convert water into a commodity that can be sold and bought.

See also  China announces sanctions on Mike Pompeo and 27 other Trump officials | China grants Trump the eighth job after he stepped down from the White House; Imposed penalties on 28 people

He pointed out that Uganda is among the countries that participated in the Entebbe Agreement, through which Ethiopia seeks to isolate the two downstream countries, re-negotiate the sharing of the Nile waters, consider the 1959 agreement, and unanimously take decisions by the upstream countries of the Blue Nile and White Nile rivers. Therefore, the importance of expanding relations and cooperation with it, in addition to that the other and main goal of the agreement is to deliver a message to Ethiopia that Egypt is close to it and has arms and an intense presence in its neighboring countries, and that Egypt will restore its African weight and its great role in African decision-making and achieve peace and security more in the region and countries. The Nile Basin and Africa.

In the same context, the Egyptian expert, Abbas Sharaqi, revealed that the agreement with Uganda, even if it is security, will cooperate with it in terms of technical and informational terms of water resources.

He told Al-Arabiya.net that the latest satellite images of the Renaissance Dam reveal that the construction situation in it is not ready yet, to store more than what exists from last year, which is 5 billion cubic meters that were stored in the first filling. According to what these photos reveal, it is not possible to start storing the second filling, which is estimated at 13.5 billion cubic meters, which indicates the technical difficulties in equipping the first two turbines at a low level of 565 meters, which are scheduled to work next August after repeated delays over a period of 7 consecutive years starting from August 2014.

He adds that it is strange, and despite this ambiguous situation, the Ethiopian threats and statements have not stopped to start the second filling, scheduled for next July, and to start producing electricity in August, adding: I think that these statements are just electoral bids to gain the confidence of the Ethiopian voters before the elections that will be held in June. Next and postponed from last August due to the outbreak of the Kourna epidemic.

He added that the images show that the water is still flowing from the top of the central passage in the dam and passes its way to the Blue Nile and from there to the two downstream countries, and if Ethiopia wishes to start construction in preparation for storage and the second filling, it must raise the middle corridor and stop the flow of water from it to the two downstream countries, which is What has not happened so far, stressing that it was expected to drain this corridor and raise it to about 100 meters to be ready to store a total of 18.5 billion cubic meters on the first of next July, which has not happened until the moment.