Hockey live at Olympia: Germany plays hard, but is under Australia 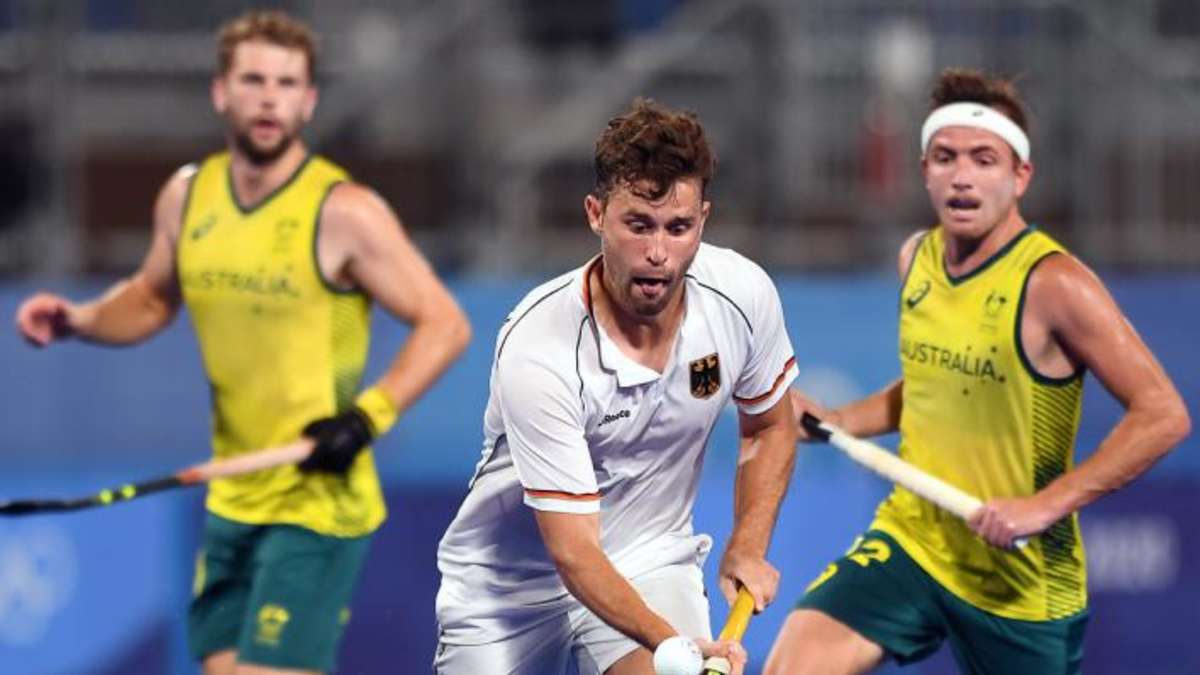 After an exciting hockey semi-final, Australia reached the 2021 Olympics final. Germany often played better, but was unable to take advantage of crucial opportunities.

+++ Germany was better in almost half the match. Australia but more effective. Luck was on Australia’s side. Of course there is great disappointment among the Germans. Losing after such a difficult match is really bitter. In Thursday’s mini-final, Germany can only contend for the bronze medal.

+++ And one more. A few seconds left on the clock

+++ Now the ball is in the goal. in error. Germany take video guide…

+++ It could have gone wrong. But Boserhof defends the empty goal.

+++ And now Alexander Stadler is leaving the gate. Three more minutes. And that with another field player.

+++ Australia has been able to make some moves again for a long time. And time is running out mercilessly…

+++ When will Germany go out goalkeeper? Almost six minutes left to make up.

+++ There is one opportunity after another. Niklas Wellen didn’t hit the ball optimally. It could have been the gate.

+++ Germany needs the next blow. It should be body language now.

+++ Not much is working for Australians at the moment. But Germany can do nothing about it.

+++ Green Card of Christopher Rohr. So the number of Germany was less than two minutes.

+++ Germany is gaining momentum, but it cannot take advantage of the opportunity now.

+++ A quarter without goals ends. Even if Germany comes back stronger again, it has not yet managed to equalize. Now they have to keep calm and, if possible, score more goals than Australia.

+++ The referee awarded a penalty to Germany, but Australia takes the video evidence. And they are right.

+++ Just before the end of the third quarter, Germany is back on a good run. Is there anything else going on before the whistle?

+++ The German team doesn’t really get here. You are trying to defend offensively. But there are not many great opportunities here.

+++ green card against australia So Australia outnumbered them at the moment.

+++ Penalty corner for Australia. Hook touches the ball with his body.

+++ Australia started. Germany must now be careful and avoid mistakes.

+++ Players return to the field. In about 30 minutes we’ll know who can fight for the gold medal here.

The second quarter of the hockey semi-finals at Olympia 2021

+++ Teams in the locker room are preparing for the second half.

+++ Benedict Fork got a chance to equalize. The net wobbled, but the ball was only on the side net.

+++ There was no new corner for Germany, Herzbruch played with the round side.

+++ After the replay corner, the referee fires another penalty, but Australia asks the VAR first

+++ Johannes Gross commits a mistake and gets a penalty for Germany!

+++ The Australians are strong, and so is the German defense. Windfeder has just stopped another attack.

+++ Great show for goalkeeper Alexander Stadler! That was important to keep the game open.

+++ There was a great opportunity for Australia. But Martin Hanner can defuse the ball.

+++ The second quarter begins with a little less activity than the first. More is happening in front of the German goal at the moment.

The first quarter of the hockey semi-finals at Olympia 2021

+++ Strong performance of the German team in the first quarter. After a deficit, the team does not allow itself to be disturbed and compensates with a corner kick.

+++ Compensation!! Lukas Windfeder turns the penalty corner and turns the ball to the far corner! 1: 1

+++ But the German team is not afraid. Even if they haven’t become really dangerous yet.

+++ A counter chance for Germany, but the referee whistled because of dangerous play.

+++ Teams go out into the field. After the hymns begins.

TOKYO – The second semi-final in hockey is approaching at the 2021 Olympics. The German men’s team is also present. The German national team wants a medal in front of the selection of Australia. At the Oil Hockey Stadium in Tokyo, you’ll want to make sure that the top seed in the world rankings has to suffer his first defeat at the Olympic tournament.

On the way to the semi-finals, national coach Qais Al-Saadi’s team defeated Argentina 3-1 in the quarter-finals, thus somehow returning in favor of the tournament five years earlier. At that time, the German national team had to leave the Olympic tournament after the defeat to Argentina. After the successful quarter-final, veteran Tobias Hook said, “We did a lot of things right.”

The first semi-final was already held and ended with a better result for Belgium. After a 2-2 break, the Belgians emerged and clearly defeated India 5-2. Belgium has already won a medal, and India can still hope to take the bronze in the match for third place. The two opponents will decide today in the match between Australia and Germany.

After finishing second at the European Championships in Amsterdam in June, this team should ensure another sporting success this year: