Delta variable in Australia: Another shutdown in Sydney 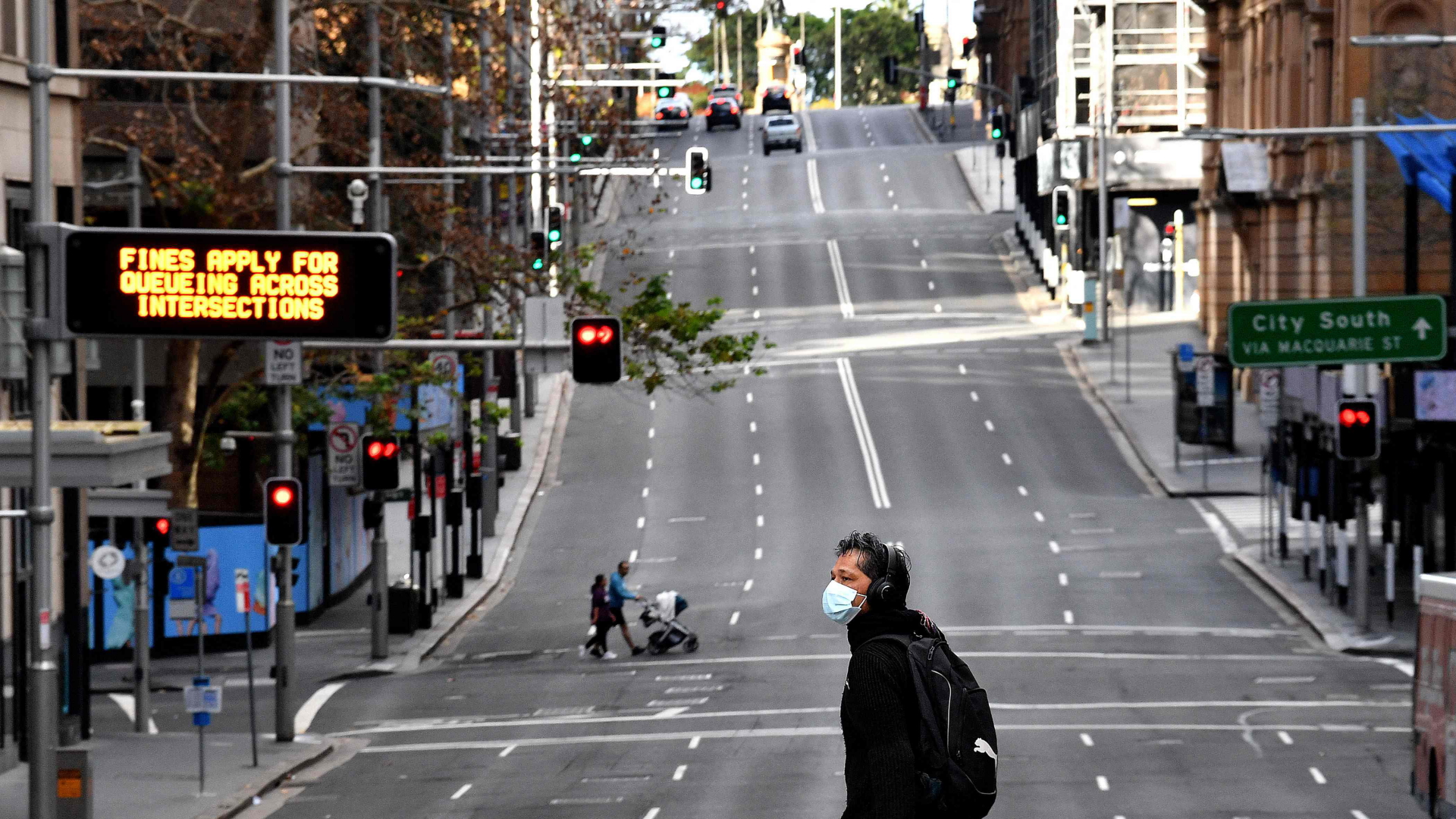 The delta type of coronavirus is spreading in more and more countries – including at the other end of the world. In Australia, the Sydney area was closed for two weeks this weekend.

Robbie Stephens really wanted to go hiking in the Australian bush today. Instead, the young woman is now stuck in her north Sydney home for two weeks. “It feels like deja vu – like last year after life was so normal for so long.”

The reason for the sudden sudden shutdown is the spread of the delta variable. There are now more than 110 cases. So much for Australia, which has largely had Covid-19 under control with closed borders and strict quarantine rules.

“It’s so frustrating that our vaccination rate is so low and we’re so slow,” Stephens says. “I think if we were all vaccinated better, it wouldn’t have to be now.”

The opposition in the country sees it this way too. The current closure is a direct result of the failed vaccination campaign. According to the Australian government, about five percent of the population is currently vaccinated twice – just a fraction of 25 million Australians.

Victoria’s health minister, Martin Foley, said the government was having trouble getting the vaccine. “It’s all about supply. We don’t have enough to meet demand. It’s getting off the virus highway. But right now we’re not getting the green light to leave the highway — and with it the pandemic — behind us to leave.”

“The scariest time” since the beginning of the epidemic

New South Wales Premier Gladys Berejiklian says she had no choice but to shut down Greater Sydney, the Blue Mountains and nearby coastal communities. More than five million people are affected.

“I said a few days ago that this was the scariest time for me since the pandemic began, and it has come true.” They assume that the number of cases will continue to rise in the coming days.

“Unfortunately, we’ve found that everyone living together in the same household gets the virus. Transmissibility is at least two times higher than previous variables. That’s why it’s so important that we take action now.” The delta variant is currently evolving into the main variant, according to Berejiklian.

Abroad only in exceptional cases

Result: Sydney stands still. Residents are only allowed to leave the house to perform necessary errands, such as visiting the doctor or exercising outdoors. The man on his way to the supermarket takes the order quietly. “I think since we’ve been shut down before, we’re a little better this time.”

Another passerby told Reuters his concern. “It’s a bad virus, it’s different, and we hope we can beat it like the first time.”

Robbie Stevens, who would have liked to go hiking, also worries about the new Delta variant. She hopes the closure will last for two weeks. “Hopefully it doesn’t get worse. Hopefully we haven’t been late with the lockdown and the numbers will drop again from now on.”

Down to zero, because Australia has a coronavirus-free strategy — in other words: zero infections.