Heavy winds and rain cause flooding in Australia 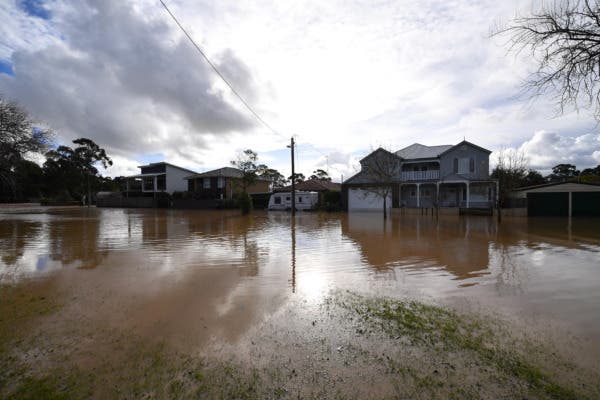 Melbourne Australia. — Heavy winds and torrential rain blew southeast Australia on Wednesday night, causing trees to fall and trapping people in their homes and vehicles, as well as cutting off electricity to more than 200,000 homes and causing floods that killed at least one person.

The unusual storm that hit the state of Victoria and its capital, Melbourne, on Wednesday night brought winds of up to 119 km/h and 20 cm of rain, authorities reported.

Local officials also noted that the onslaught of wind and rain subsided on Thursday, but the swollen rivers brought the risk of flooding. Residents of about 220 homes threatened by high current have been ordered to evacuate Traralgon, east of Melbourne.

The lifeless body of a man was removed Thursday from a car that was almost completely submerged in a flood that occurred near the town of Westside, west of Melbourne. He was in his 60s, according to a police report.

A woman in her 40s has been taken to hospital with head injuries after a tree fell on her home in Olinda, east of Melbourne. His condition was stable.

New South Wales, the country’s most populous state, suffered a frost on Thursday with unusually heavy snow falling, knocking out power to hundreds of homes.

Sydney, the state capital and largest city in the country, recorded a temperature of 10.3 degrees Celsius, the lowest in 37 years.