Several regions in Switzerland were hit by a severe storm 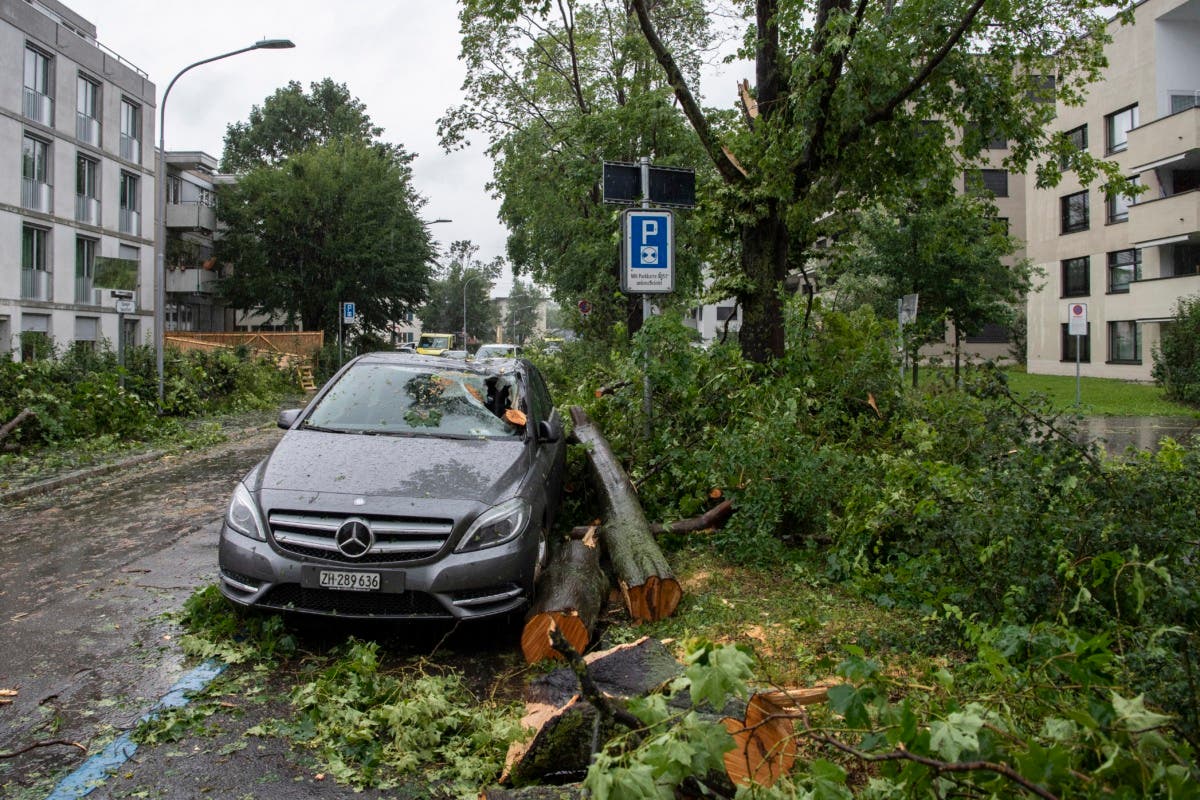 Merida, Yucatan. A large area of ​​the financial center in Zurich, Switzerland, was hit on Monday night by a heavy rainstorm and winds that caused various damages, in addition to stopping services such as public transportation and electricity.

Wind gusts of more than 100 kilometers per hour caused trees to fall even on parked cars and obstructed roads.

In the early hours of Tuesday morning, rain continued in some areas, and due to falling trees, rail traffic was temporarily suspended.

Last night I experienced the craziest storm of my life in Zurich. I woke up because I thought the house was about to collapse and the windows wouldn’t survive it. Watch how the tree was pulled from the ground and fell into the balcony. # Climate change #Storm @ Zurich city #Storm pic.twitter.com/h0grX4iKWH

Vaud authorities have alerted residents to take precautions and avoid going into the forest, as well as streams and rivers.

The police received numerous calls for help and also reported that mudslides and mudslides were recorded in several places.

The Zurich authorities reported flooding in different areas, and also indicated that several roads were impassable due to falling trees.

Public transport in Zurich was disrupted this morning due to road logging and power outages due to the storm.

By Tuesday afternoon, most services had been restarted.

The authorities expect continued rain in the Hauts-Vais, Chablis region. They also reported that they had opened a line for emergency reports.

In Geneva, access to the Arve was blocked and refugee camps were evacuated.

Uri Canton: Precautionary measures, precautionary evacuation started – as of 2.45pm: Press Release No. 135/2021 Since early in the morning on Tuesday, July 13, 2021, heavy rain has fallen in the canton of Uri. As a precaution, A2 should be between… https://t.co/PmheZstm8f pic.twitter.com/s9VvmNa1AM

In the canton of Jura, heavy rains caused various damages and firefighters carried out at least 80 relief operations.

The roads between Alle and Fregiécourt were closed, as well as Bonfol. The authorities warn of the danger of overtaking the Dobbs family.

Severe damage at Magadino Airport #Locarno #LSZL For the passage of storms with a speed of more than 90 km / h pic.twitter.com/TYKie3vxHd

In Bern, it rains and hails. Local police received at least 60 calls to warn of various problems and malfunctions, mainly due to building floods.

In Locarno, high winds destroyed hangars at the airport, and even some small planes capsized.

READ  Prince Harry and Meghan's popularity goes to real life in the UK: Reaches a Record | TV and display