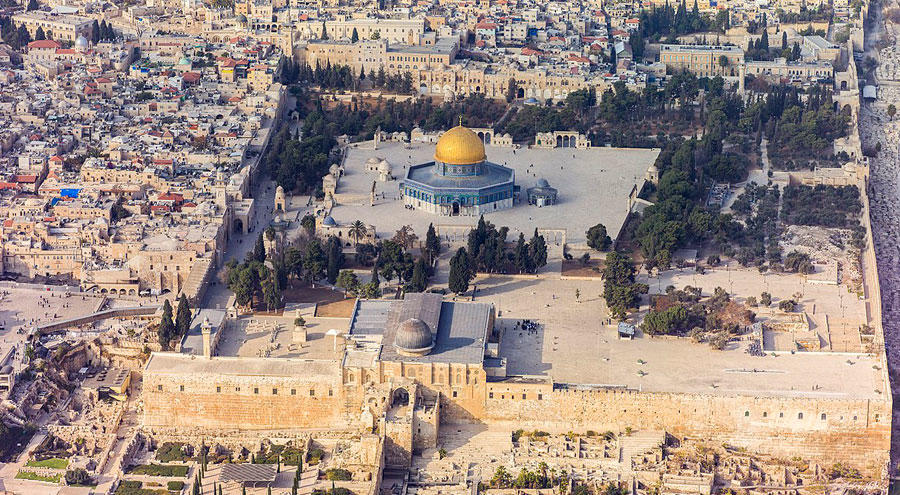 The next US Secretary of State, Anthony Blinken, confirmed, Tuesday, that President-elect Joe Biden will not reverse the Donald Trump administration’s decision to recognize Jerusalem as the capital of Israel, but believes that the only viable settlement in the Palestinian-Israeli conflict is a “two-state solution.”
During a Senate hearing to approve the appointment of the next secretary of state, Republican Senator Ted Cruz asked Blinken a question about whether the Biden administration would continue the policy pursued by the Trump administration on these two issues, and without hesitation, Blinken replied, “Yes and yes.”
In 2017, Trump deviated from the international consensus and recognized Jerusalem as the capital of Israel, although the Palestinians are looking to make East Jerusalem the capital of their desired state. Blinken indicated that Biden would try hard to pursue the “two-state” goal, but acknowledged the difficulties encountered in this matter.
“The president and I personally believe that the only way to guarantee Israel’s future as a Jewish state, while giving the Palestinians a state that they are entitled to, is through the two-state solution,” Blinken explained to the Senate. But he added, “Realistically, I think it will be difficult to achieve anything on this level in the short term.”
He immediately called on the Israelis and Palestinians to “avoid taking steps that complicate this process.” Blinken also announced that the new administration would not revert to Donald Trump’s decision to recognize Jerusalem as the capital of Israel, and that it would keep the US embassy in Jerusalem as well.
Soon after his statements, the anti-settlement “Israeli Peace” organization announced that, on the eve of Biden’s swearing in, Israel had proposed tenders to build more than 2,500 new settlement units in the West Bank and East Jerusalem.
More than 450,000 Israeli settlers live in the West Bank, which is home to 2.8 million Palestinians. All built-up settlements in the West Bank and East Jerusalem are illegal under international law.
Biden had previously hinted that his administration would return to the traditional American policy of opposing settlement expansion in the occupied Palestinian territories.

READ  Frightened by her job, she is now a ‘Lasagna lady’ who prepares free meals for first responders and friends