Guadalajara, among those chosen by the UK to halt climate change 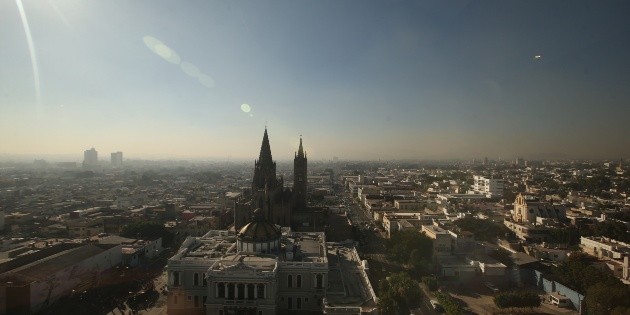 The UK government announced on Thursday 11 November at COP26 held in Glasgow, the new Urban Climate Action Program (UCAP) Para Provide technical assistance To the cities and regions of developing countries most affected by climate change To speed up the transition to net zero, Among them, Guadalajara stands out.

Backed by £27.5 million in new funding from the government as part of the UK’s commitment to international climate finance, this programme It will support cities in Africa, Latin America and Asia Take measures to combat climate change and create a sustainable future, help them become carbon neutral by 2050 and prepare infrastructure projects low carbon.

This program will also work Cities Climate Leadership Program (CLIC), which was funded by the UK and successfully supported major cities in Latin America and Asia in developing ambitious climate action plans In line with the Paris Agreement, including developing paths to net zero by 2050 and committing to ambitious interim targets by 2030 to keep 1.5 degrees within reach.

They noted that the mentioned global program will be implemented by C40 Cities and the German Agency for International Cooperation (GIZ). In the case of Mexico The selected cities were Mexico City and Guadalajara, and regions that have Climate Action Plans (PAC) whose funding will allow technical assistance to implement their own plans.

See also  It’s in New York at 8 a.m. and 5 a.m. in San Francisco. Here is the latest world protest

Launching the program at the UK Pavilion at COP26, UK Minister for Business and Energy Lord Callanan noted that “from our homes and workplaces to our towns and cities, the buildings we live in are an essential part of our daily lives, but also a major source of global emissions.”

Recently under COP26, the Guadalajara Metropolitan District (AMG) received Global Climate Action Award Under the category of climate leaders, thanks to the coordination efforts through the Capital Region Climate Action Plan (PACMetro) by United nations.

PACMetro was developed by the Institute for Capital District Development Planning and Management (Imeplan), with technical assistance from C40 Cities and GIZ and with funding from the British Government. On her part, the owner of Imeplan said, Dr.. Mario Silva RodriguezAnd Emphasize the mandatory nature of PACMetro and review some Actions carried out by AMG To implement it, such as closing the largest garbage dump in the state, a 140 percent increase in bike lanes in the past three years, and the largest fleet of buses in the region being led by women, was funded by the German and British Support Technology Support Cooperation.

The Urban Climate Action Plan (UCAP) program will be implemented in partnership with the C40 Cities Climate Leadership Group, a global network of cities focused on climate action and the German Development Agency, which The following cities will benefit: