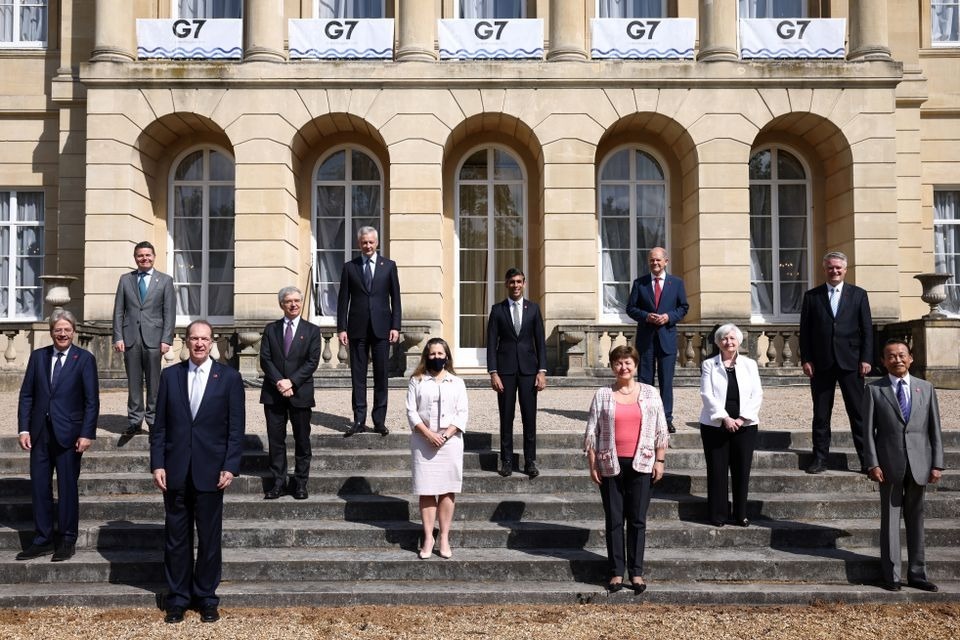 G7 has just reached a historic agreement when agreeing to a minimum tax of 15% of income for leading companies like Google and Apple.

On Saturday (June 5), in a move that could raise hundreds of billions of dollars to deal with the fallout from Covid-19, seven major advanced economies agreed to the lowest income tax rate paid by major global companies of 15%, in order to force them to pay more taxes in Markets in which they sell goods and services.

“The G7 finance ministers reached a historic agreement to reform the global tax system for the digital age,” British Finance Minister Rishi Sunak said after presiding over the two-day meeting in London.

US Treasury Secretary Janet Yellen said the event was an “important and unprecedented commitment” that would have the effect of ending the “race to the bottom” on taxation globally.

US President Joe Biden and his administration initially proposed a global minimum tax rate of 21%, in an effort to end the race for lower taxes between countries to attract international companies. However, after difficult negotiations, the G7 reached a 15% compromise.

However, the plan will require a broader agreement at the G20 meeting – which includes several emerging economies – to be held next month in Venice. “It’s complicated and this is just a first step,” said Mr. Rishi Sunak.

Rich countries have struggled for years to agree on how to raise taxes on large multinational corporations such as Google, Amazon and Facebook. These companies usually report profits in tax-exempt or low-tax jurisdictions. The actual percentage is 15% higher than in countries like Ireland, but lower than the lowest in the G7.

Germany and France also welcomed the deal, although French Finance Minister Bruno Le Maire said he would struggle to achieve a minimum of more than 15%, which he described as a “stepping stone”. German Finance Minister Olaf Schulz called the deal “bad news for tax havens around the world”.

“Companies will no longer be able to evade tax obligations by placing their profits in countries with low tax rates,” he added. Ireland’s Finance Minister Paschal Donohue, who is charged with a 12.5% ​​tax rate, said any global deal would have to take into account smaller countries.

The agreement did not specify exactly which companies would be regulated, only mentioning “the largest and most profitable multinational corporations”. European countries are concerned that Amazon could infiltrate the network as the company reports lower profit margins than most other well-known tech companies.

READ  We finally know why the PS5 - BGR is so big