United States – Still dreaming of the White House, Trump is back 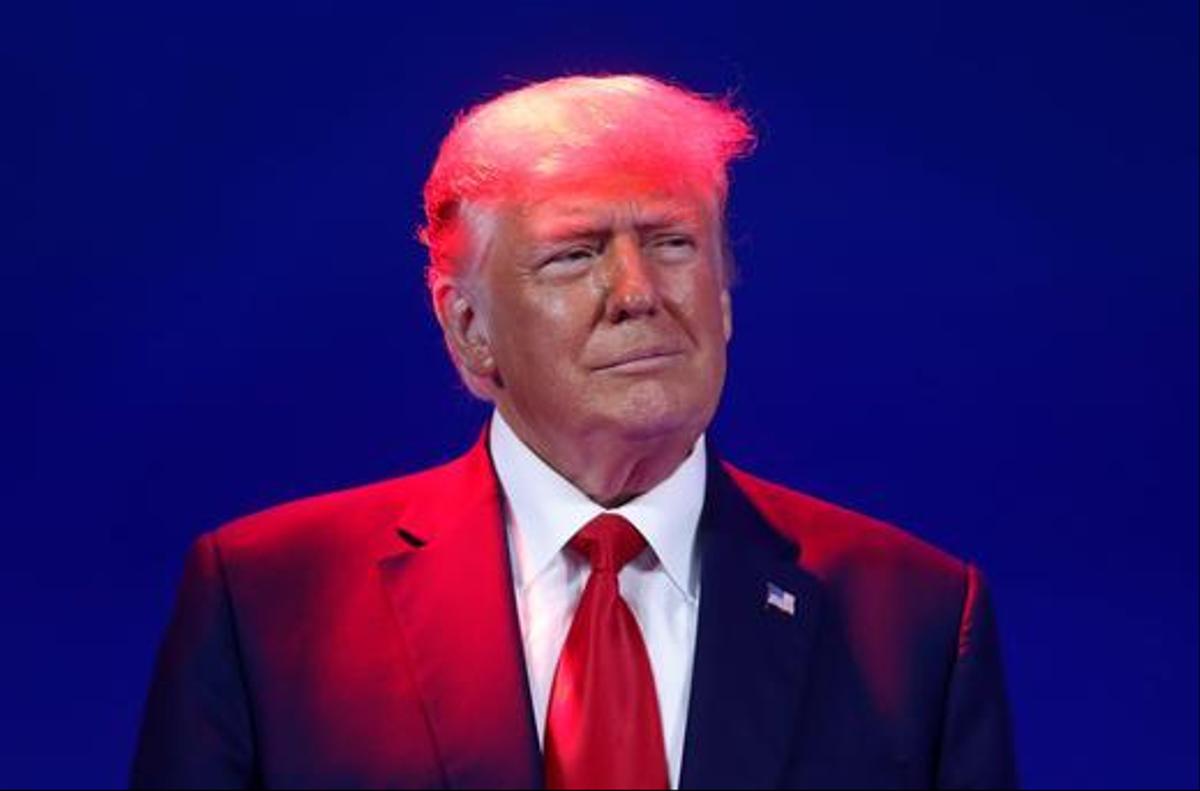 Banned from social networks but still influential among Republicans, Donald Trump on Saturday evening found a defeated audience for his first speech in months, flirting more than ever with a new nomination for the 2024 US presidential election.

The former president regained his taste for one skill to announce this speech to the Republican convention of North Carolina, the state that voted for him twice in 2016 and 2020: “It looks like places are going to be full, all records are broken!” he wrote in a statement Friday.

Nearly 1,250 tickets have been sold out according to the organizers, as the event will take place in Greenville, in the southeastern United States. Far fewer than the thousands who flocked to his famous campaign rallies, but expectations remain high for his first public address since February.

Candidate for the year 2024

If he had not announced it officially, the 74-year-old billionaire is openly interested in the idea of ​​a new candidacy in November 2024. All his statements are scrutinized. Still popular with Republican voters, he is admittedly bereft of social networks but is far from silent.

As the Kingmaker, Donald Trump distributes, through daily press releases, his electoral support for his party’s candidates… and his barbs of his enemies. Few Republicans dared break with him, despite the violent attack on Capitol Hill by his supporters on January 6 and his unfounded allegations of massive electoral fraud during the November 2020 presidential election.

Because many still see him as a valuable asset to the November 2022 “mid-term” parliamentary election campaign, during which Republicans hope to regain control of Congress. Unprecedented impact of an American president defeated after one term. This platform could also resume in the coming months the major election meetings which he loves so much.

For many Republicans, the “half-way” campaign message should focus on criticizing the policies pursued by his Democratic successor, Joe Biden. But Donald Trump doesn’t seem ready to give up on his theory, repeatedly debunked by the courts, that the 2020 election was stolen from him. He will undoubtedly return to the topic on Saturday evening. He also planned to criticize White House medical adviser Anthony Fauci and the Biden administration, according to the New York Times.

Nearly five months after leaving the presidency, now based in the Bedminster Golf Club, near New York, the billionaire has not openly admitted his defeat. And see you again in the Oval Office.

Provocatively, he announced Friday that “the next time” he’d be in the White House, he wouldn’t invite Facebook chief Mark Zuckerberg to dinner, angry about his two-year suspension on the social network.

The former president will only be able to return to Facebook when the “risks to the safety of the public” are gone, the platform announced, which temporarily disqualified him on January 7 for encouraging his supporters during the violent attack on the Capitol that day. Before.

An unprecedented decision. And his “insult” to his more than 74 million voters in November 2020, the Republican denounced, and he was also banned from Twitter. Joe Biden received more than 81 million votes.

Accused by the House of “inciting rebellion” in the deadly attack on Capitol Hill, the Senate acquitted Donald Trump in February after a second impeachment trial, for not having enough votes on the Republican side.

READ  An economist mocks the utopian "all brothers"