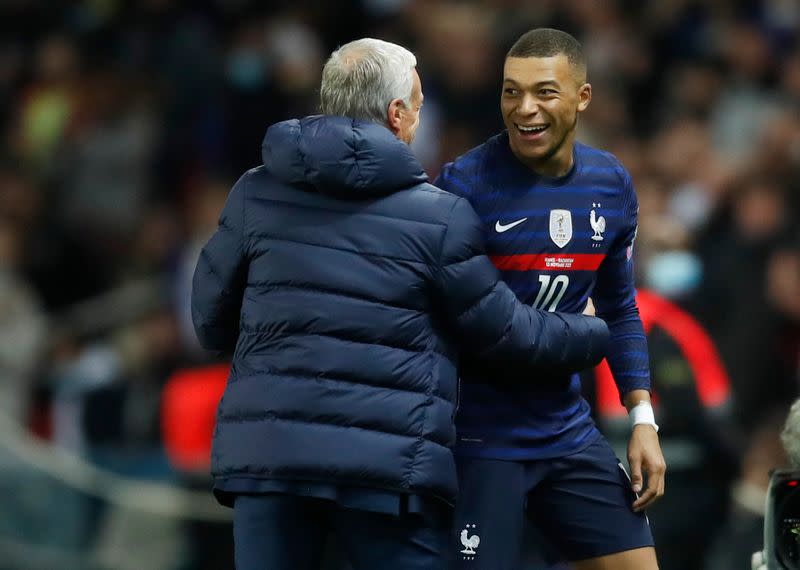 (Reuters) – France coach Didier Deschamps said that the French national team will not rest despite having already qualified for next year’s World Cup in Qatar and that they will seek to finish the qualifiers in the best way against Finland on Tuesday in Helsinki.

The world champions booked a place in the World Cup on one game to play after defeating Kazakhstan 8-0 with four goals from Kylian Mbappe at the weekend.

“It is not a friendly match and this is the last game of the French national team this year. From my side and from your side (the media) there will also be an analysis based on the result,” Deschamps told reporters on Monday.

France leads Group D in the European qualifiers with 15 points from seven matches, four points behind Finland, which is in second place. A Finland win on Tuesday would secure a place in the playoffs, while a draw would make it dependent on other results.

“I always suppose we have to respect football and our opponents (…) We have peace of mind to come here knowing that we are not at stake in the qualifiers. But that is not what will make me make more or less changes. There will be few.”

France was undefeated in the qualifiers, with four wins and three draws, and the coach said keeping that number would give them extra motivation against Finland, who beat Bosnia and Herzegovina 3-1 away on Saturday.

Deschamps added, “All the players have an interest in giving their best now and in view of what awaits them in the future as well. They are competitive.”