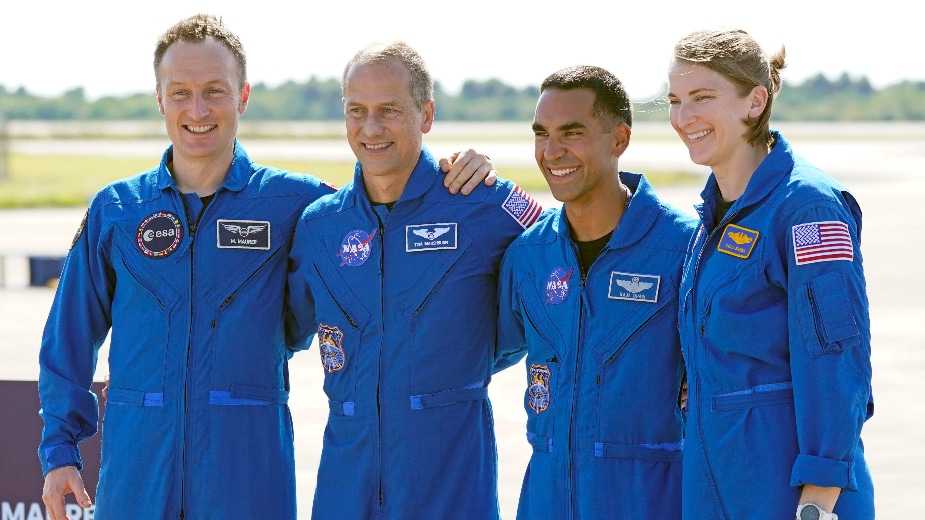 Three American astronauts and a German astronaut are scheduled to travel tonight on a six-month mission to the International Space Station (MSS), and the liftoff has been postponed several times and was originally scheduled to take place ten days ago.

Four astronauts are set to replace the team that just returned from the International Space Station, and landed on Earth overnight from Monday to Tuesday.

A new group of astronauts will blast off on a private SpaceX Falcon 9 rocket tonight at 21.03 local time (3.03 Thursday CET). Their Dragon capsule is scheduled to arrive at the International Space Station on Thursday at 19:10 (1:10 CET on Friday).

The head of the US Space Agency, Bill Nelson, said via Twitter that he will be present during liftoff.

The team, made up of three NASA astronauts Raja Chari, Kayla Barron and Tom Marshburn, and European Space Agency (ESA) astronaut Matthias Maurer, had been waiting for several days at the Kennedy Space Center.

It was supposed to take off first at the end of October, but the liftoff was postponed several times, due to the weather, and then due to a minor health problem of one of the astronauts, and NASA did not provide additional details about it.

Then the space agency decided to return the Crew-2 crew to Earth, before the new Crew-3 took off. So this time there was no delivery period between the crew, which usually occurs in a state of weightlessness for several days.

The mission is called Crew-3 because it is the third mission to the International Space Station that Spacex has undertaken for NASA.

However, in fact, this is the fifth time that Ilona Maska’s company has taken people into orbit. Prior to the Crew-1 and Crew-2 missions, the Demo-2 test mission carried two astronauts to the International Space Station. Then in September, Spacex also flew four tourists into space for three days, regardless of NASA.

American Tom Marshburn will be in space for the third time. It has already flown a spacecraft in 2009, then a Soyuz rocket in 2012-2013. The other three astronauts are flying into space for the first time.