Finland: VDL builds 25 e-buses for the coastal city of Kotka 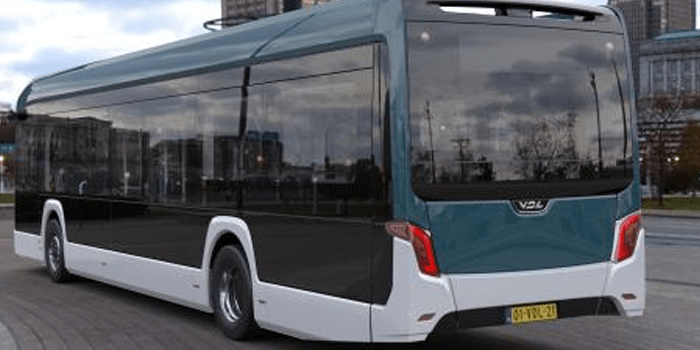 Finnish bus company Pohjolan Liikenne has ordered 25 electric buses from VDL Bus & Coach. The new vehicles will be used from 2023 on the one hand in the southern Finnish coastal city of Kotka on the one hand in urban traffic and on the other hand in land traffic to Hamina, which is located 20 kilometers to the east.

Request for LE-122 copies made at the end of May A new generation of Citeas. a first customer For this bus variant, the Dutch announced in the spring at the launch: Dutch carrier Hermes ordered 32 copies in April, which will be used in Eindhoven from January 2022. VDL announced that the current order from Finland is now the first major order for the new generation Citea buses from abroad. .

Pohjolan Liikenne is one of the largest Finnish bus companies and is mainly active in southern Finland with 500 buses and coaches. The company is part of the Finnish national railway company VR. Production of the new Citeas for the southern Finnish coastal city of Kotka will begin at the end of 2022, with delivery scheduled for 2023. The models ordered by Pohjolan Liikenne are 12.2-meter low entry models with a battery capacity of 490 kWh and in a 39 + 4 + 1 seat configuration.

The new Citea generation is offered by the VDL in four lengths and five types. It is distinguished above all by the presence of in-car batteries, a one-piece composite sidewall, intelligent energy management, an innovative air conditioning system and a comfortable driver environment. The Dutch give the range from 500 to 600 km.
vdlbuscoach.com