Finland, the forgotten model against Covid-19 that can save Christmas 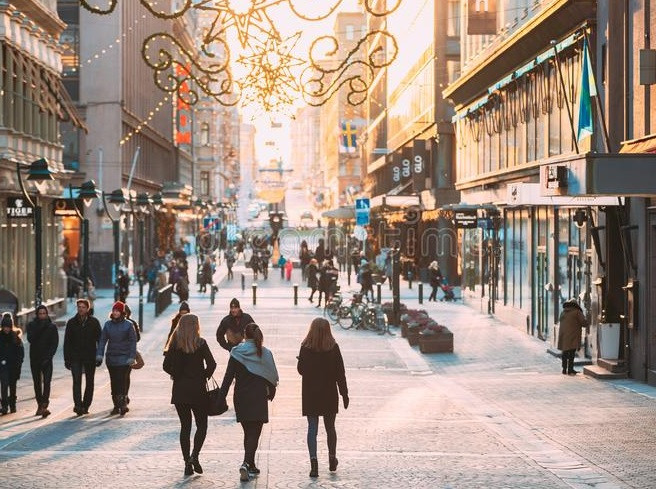 The anti-epidemic strategy called the Swedish model, which keeps restrictions to a minimum and relies on natural immunity, has ended up being almost junk food: we know it doesn’t suit us, but it’s tempting. Especially at parties and holidays like the upcoming ones. However, there is an example from Nordic countries that is showing much better results, both in health and in the economy: Finland, according to the newspaper. the world.

After the skyrocketing hospital admissions, Sweden has just restricted, for the first time, hours for hotel trade, which closes at 10:30 PM and stops dispensing alcohol at 10 PM starting November 20. Its economy has also suffered more damage than neighboring countries, such as Norway or Finland itself, which can be considered the European representatives of the Asian model: strict in tracking, quarantine and border control, and very quick in implementing measures.

Finland, with a population of five and a half million, has added 376 deaths throughout the epidemic, a figure similar to the daily figure in Spain in recent days. On the other hand, the death toll in Sweden is much higher than in the rest of the Nordic countries, in the first and second waves. Also, during the dramatic second quarter of 2020, Sweden’s GDP decreased the most in the region, at 8.6%, compared to 4.5% in Finland.

The new time restriction on hospitality in Sweden is similar to that in many Spanish regions, in addition to those just adopted in Helsinki. The difference is that, epidemiologically, Finland and Norway are operating much earlier.

In Oslo, bars and restaurants have been unable to serve alcoholic drinks since last week, while the Finnish capital has limited hours after reaching a cumulative rate of 50 cases per 100,000 inhabitants in 14 days. Spain was already experiencing the start of the second wave, with higher transmission data, in July.

In addition to having lower population densities, technologically advanced economies and a culture less prone to physical contact, Finland and Norway have turned to prevention. Two examples: Finnish universities trained thousands of trackers in the summer, while Norway has the ability to test 5% of its population in just one week.

Despite the success achieved so far, Sana Marin, Prime Minister of Finland, warned that the situation in her country “could get worse very quickly,” and, in recent statements to the Financial Times, requested that Europe agree on a common policy against the virus, in The risk that “more and more protests” will turn the continent “into fertile ground for populism.”

The 35-year-old considers that efficiency in tracking and diagnosing contacts, extensive use of its tracking application, and restrictive measures such as travelers’ isolation were essential for Finland to be the country with the fewest cases in Europe. Although he warns: “When the economy and people’s workplace shut down, political instability ensues. Populists come with easy answers to difficult problems, but the solutions are rarely the right ones.”

And a recent survey in the United States, published in the Journal of Social Science and Medicine, focused on the risk of thoughts of denial and conspiracy. “People who have these beliefs are less willing to take preventive measures, such as wearing masks, and are less willing to accept a vaccine as soon as it is available,” Daniel Romer, a researcher at the University of Pennsylvania and first author, explained to this newspaper. studying.

Is it measurements or customs?

“These beliefs are more prevalent among those who follow the pro-President media,” he added, referring to Donald Trump. “There is a very important factor in how we modify our behavior, regardless of how the procedures are established or how they work,” explains José Junay Ojeda, spokesperson for the Spanish Association of Public Health and Health Administration (Sespas). ).

“Culture, the way people behave and obey the rules, can help,” adds this expert, who remembers that instead of sticking to one particular model or another, the second wave brought about a “mixture of constraints,” which differ in different countries and even between regions in the same country. .

However, there are elements that appear in common in any successful strategy, one of which may be closer to us than Asian or northern strategies: “Another example is Germany,” says Ojeda. “It is true that it is now in the second wave, but it has always had a model based not only on testing, but on rapid contact detection and rapid isolation,” he adds. “I think someone trying to create measurements early is a good model.”

Otherwise, Ojeda warns, once the curve is bent, “We can tend to repeat the date again. It could happen to us on Christmas. The danger is that this could be repeated for us in a third wave, a fourth wave …”.