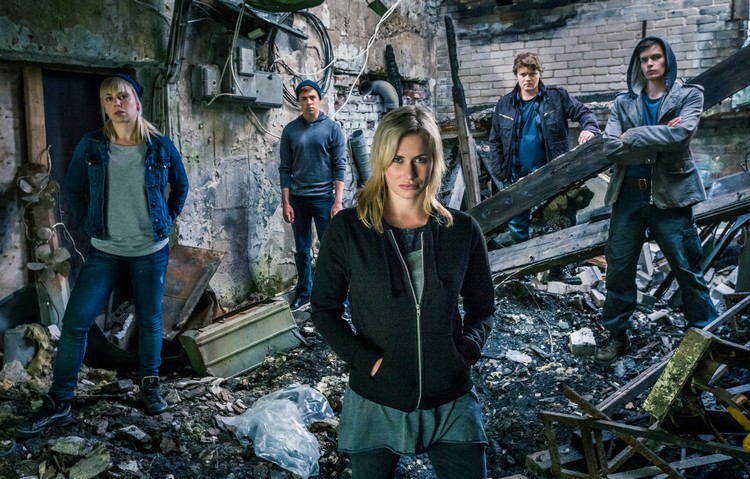 Generally speaking, in the Western world, entertainment with an international character is its main sources the United States and the United Kingdom, and to a lesser extent other countries whose representatives are usually confused as being from the regions mentioned above. More if we are to highlight Finland, we can mention their contributions. Its music mainly thanks to the different metal sub-genres that are produced in that country, although it doesn’t just make metals, and there are many audio and visual productions as sample.

In this latter area, Film & Arts highlights two avant-garde series that have taken over the channel Tuesdays, namely Nordic Tuesday in February with the conclusion of Dragonslayer666 and the return of Tellus.

Do you want to know more? Press Play and keep reading!

Film & Arts continues to showcase notable Scandinavian productions on Scandinavian Tuesdays. The final season of the wild Finnish story about the gaming world “Nerd: Dragonslayer666” arrives and the “Tellus” thriller series returns about a group of young Finnish environmentalists who want to save the Earth at all costs. Nordic Tuesdays continue in February at Film & Arts at 10pm.

Nordic Tuesdaydays continues to dominate the cinema and arts screen with impressive productions from Finland. In February, the third and final season of the strange Finnish series about players arrived.Nerd: Dragonslayer666Tellus is back to combining excitement and ecology in a captivating story. New episodes ofNerd: Dragonslayer666Tuesday 2 and February 9 at 10:00 pm and “Tellus” starts on Tuesday February 16 at 10:00 pm Every Tuesday, new episodes.

“Dragonslayer666” is the nickname for a high school student who had a dream: to become a professional esports player. However, there are many obstacles on the way. Confronting the real world and learning the meaning of friendship and teamwork will be a challenge for you if you want to advance in the world of esports. “Nerd: DragonSlayer666” Season 3 on Tuesday 2 and February 9th at 10:00 pm on Film & Arts.

“Tellus” is the name of a secret group of young activists in Helsinki, Finland. In the past four years, the five Telus members have carried out acts of sabotage against companies and institutions that, they say, are trying to destroy the Earth. Tellus’ success so far has depended on his ability to remain anonymous and lead a double life. Their goal is to save the Earth, but little by little they realize that their operations are not achieving the long-term impact they want and they must take to the next level to make their mission come true. Tellus returns on Tuesday 16th February at 10:00 pm. Cinema and the arts.