FIFA has filed a complaint in Switzerland against its former president, Joseph Blatter. 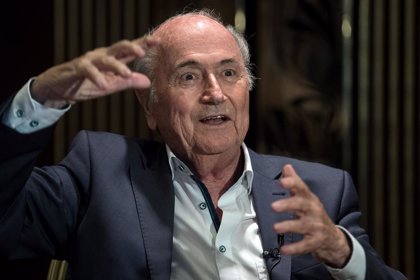 FIFA announced Tuesday that it has filed a complaint in Switzerland against its former president, Joseph Blatter, over financial irregularities discovered in the start-up of a museum, which was closed shortly after it opened in 2016.

In a statement, the organization clarified that it had submitted a “criminal complaint to the General Prosecutor of the Canton of Zurich after an investigation by external experts uncovered evidence of alleged criminal mismanagement involving the former leadership of FIFA and the companies it selected for the project” from the museum.

Faced with these accusations, Blatter’s lawyer, Lorenz Arne, told AFP that “the accusations are baseless and have been strongly denied.”

According to FIFA, the museum project produced a bill of 500 million Swiss francs (462 million euros) that “could and should have been used to develop world football.”

“We concluded that we had no choice but to report the case to the Prosecutor, as the current FIFA leadership has fiduciary responsibilities for the organization and intends to fully assume them, even if its predecessor is far from doing the same.” FIFA Deputy Secretary General Al-Asdir said in the statement.

Incumbent President Gianni Infantino inaugurated the FIFA Museum in Zurich, promoted by ex-President Blatter and suspended, in February 2016, the day after his election.

However, FIFA’s new management, eager to cut costs, shut it down in November 2016, after the museum sustained losses in its first year of operation.

The building consists of ten floors, 3000 m2 of surfaces for exhibitions, function halls, dining rooms, 34 apartments as well as offices with a capacity of about 140 employees. It received an average of 11,000 visitors a month, while the museum expected between 130,000 and 150,000 visitors a year.

See also  From Finland, Culiacan Alan Guerra presents a Mexican concert at the invitation of the Embassy of Mexico