Euro 2020 | 917 passes 85% of possession; But Sweden did not allow Spain to score. Slovakia beats Poland 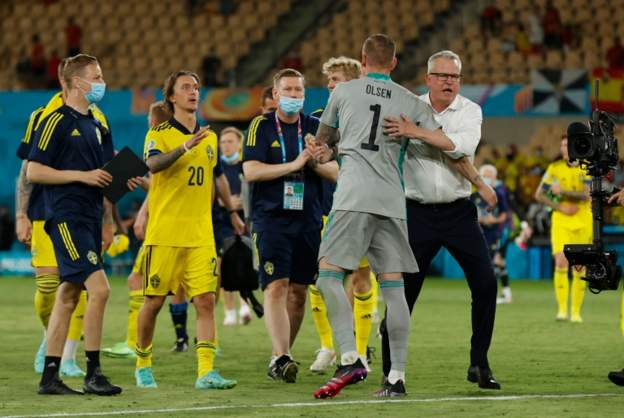 Madrid: Spain’s strongman drew 0-0 in the first leg as all the other European powers scrambled for victory. Sweden drew with Spain, giving Spanish football a lesson in excellent defensive football. Despite making a number of chances throughout the match, Soupain was not able to move the opponent’s net even once.

After the Covid crisis, Spain entered the match with 23 players. Sweden suspended Spanish offensive football through defensive football. Spoin had most of the ball 85 percent. They completed 917 passes per match. Spain provided 419 passes in the first half. In the first 10 minutes, the Swedish players could not even see the ball. After a series of passes, Spain swept the Swedish goal in the face of the waves.

Sweden’s strategy of blocking Sweden’s brilliant advance in the run-up to the Spanish conquest had paid off. It was often the Swedish goalkeeper’s timing that prevented Spy from scoring. Spain scored 15 attempts on the Swedish goal. Sweden four times. When Morata missed a number of chances, Isaac the Swede was on their side to miss the opportunity. Both were unable to open the registry despite the alternatives.

In another match yesterday, Slovakia beat Poland by two goals to one. A first-half goal by Polish goalkeeper Sencini and a second-half goal by screenwriter Slovakia led to the victory. Poland made their debut through Linnetti, but Krychowiak was shown a red card and sent off. Krychowiak received a red card in the 62nd minute.