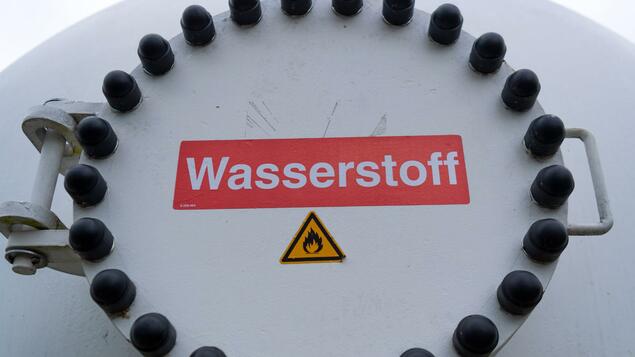 Morocco, Chile, Australia or Saudi Arabia – The federal government has been searching potential hydrogen suppliers for months. After all, Germany will probably not be able to meet the growing demand on its own. About 2 billion euros were planned in the federal budget for the first import projects.

A long-term business partner could also get a bit of money: Russia should become the next partner for hydrogen, at least if the CDU’s economy minister is going well. Gas could flow into Germany via the controversial Nord Stream 2 pipeline.

Peter Altmayer announced on Thursday at the 13th German-Russian Raw Materials Forum, which has only dealt with the new noise since the end of the past, that two billion euros for international cooperation “is also available for projects between Russian and German companies.” General – Theme hydrogen deals.

“We can do all this with Russia,” he said, referring to the planned pilot projects. He is looking forward to traveling to Moscow, hoping that soon after the general election, specific agreements are concluded there. The minister warns that time cannot be late.

To underscore the concern, the energy ministries of both countries signed a Memorandum of Understanding on April 20 on “cooperation in the field of sustainable energy.” Document available from Tagesspiegel Background. Accordingly, the plans include promoting the use of new energy sources, studying the establishment of joint projects, and facilitating technical cooperation between organizations from both countries to implement joint projects.

The main focus is on mixtures of hydrogen, methane and hydrogen, for example for use in traffic and industrial processes. A bilateral high-level working group (EAG) will be formed to coordinate the implementation of the Memorandum of Understanding. The sub-working group will deal exclusively with hydrogen cooperation. Preliminary work for this has been carried out by the Raw Materials Forum’s “Hydrogen and New Gases Working Group”, to which high-level representatives from the two ministries of energy belong, since mid-2020.

The first German-Russian conference on hydrogen was held at the beginning of December. One of those high-profile representatives is BMWi’s Thorsten Herdan. “We have a clear roadmap for how to proceed here and implement all of the above,” he explained, breaking the shaft of the energy partnership with Russia: “We have a lot of problems to deal with in our relations and we must be careful about these problems not casting a shadow over energy relations in a way that destroys them “. In his opinion, that would be “a fatal mistake”, “foolish” and “very dangerous”. The hydrogen bridge to Russia should be built.

He got support from the Foreign Ministry. Michael Clor Berchtold, head of the department in charge there, said they have a clear interest in engaging Germany’s close partners in energy policy like Russia in the long term. “We have been involved with hydrogen from the start and are determined to pursue a proactive foreign policy of hydrogen.” With the aim of stabilizing the exporting countries and defusing global competition for energy resources, but of course also for our own German supply secures.

According to Clore Berchtold, the Federal Department of State has developed a new policy approach, which is “H2 diplomacy – the geopolitics of the global hydrogen economy”. This should be implemented soon, and for the German Foreign Office and German embassies, the basis for dialogue with fossil fuel exporters is about neutral hydrogen and carbon dioxide. The German-Russian hydrogen talks are likely to be difficult.

On the other hand, this is due to the fact that Russia wants to be much more than a supplier of raw materials in the future. The country wants to be a leading exporter of technologies instead of importing them from the West as they have been until now. Above all, unlike the European Union and Russia Primarily on hydrogen from natural gas with carbon capture and storage and from nuclear power rather than renewable energies. However, both may not be compatible with the planned EU classification, the Sustainable Investments Classification System. Altmire appealed to the Russian side not to “forget” the huge potential of renewable energy sources.