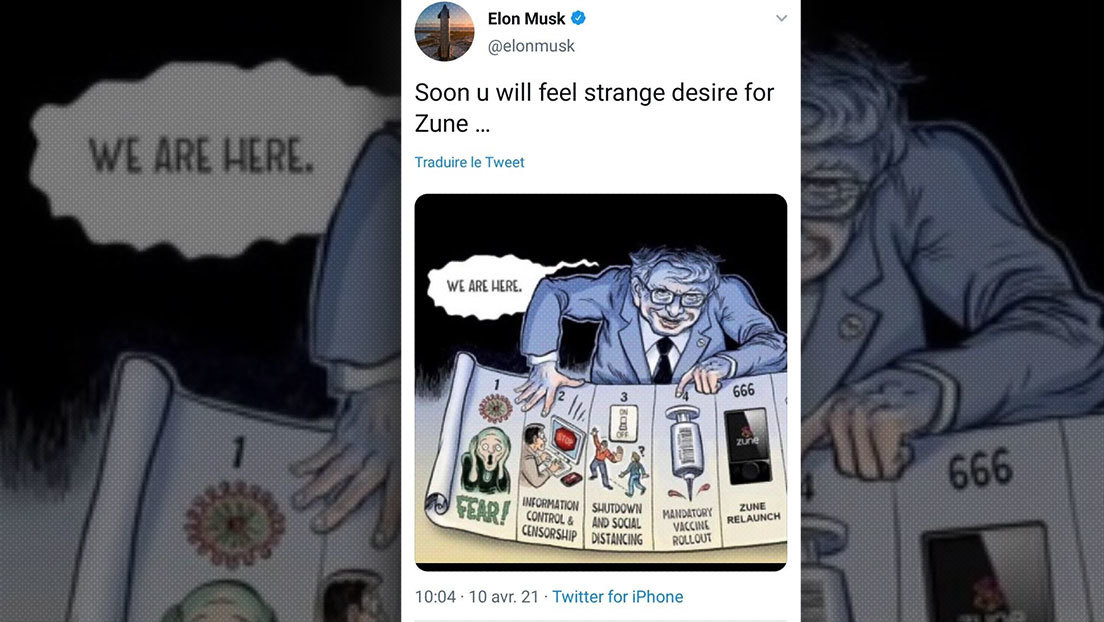 Last Saturday, Elon Musk shared on his Twitter account a cartoon about Bill Gates, more typical of “fan” of anti-vaccine conspiracy theories, in which the founder of Microsoft appears to be devising a “diabolical” plan to control the minds of others through forced vaccination, thus promoting a product Unsuccessful for their company.

In the cartoon, Gates refers to Stage 4 on the map, which symbolizes the final stage in the plan to relaunch the old Zune MP3 player, and says “We are here.” The “ path ” traveled before the compulsory vaccination of the population – which, according to the protagonist, is already underway – had fear (stage 1), information control and censorship (stage 2) as a star point, and closure with social distancing (stage 3).

Which color #Musk Deleted a tweet he posted this morning questioning the official rhetoric and attacking the forced vaccination program Bill wants # GatesPotential stress. Unfortunately. So I take it back here. ⤵️ pic.twitter.com/vqppbV6EsF

“Soon you’ll feel a strange desire for the Zune …” wrote Musk, who deleted the tweet a few hours after it was posted.