Egypt.. Cameras document a shocking incident of dragging and beating a young man with weapons in the street and security arrests the perpetrators 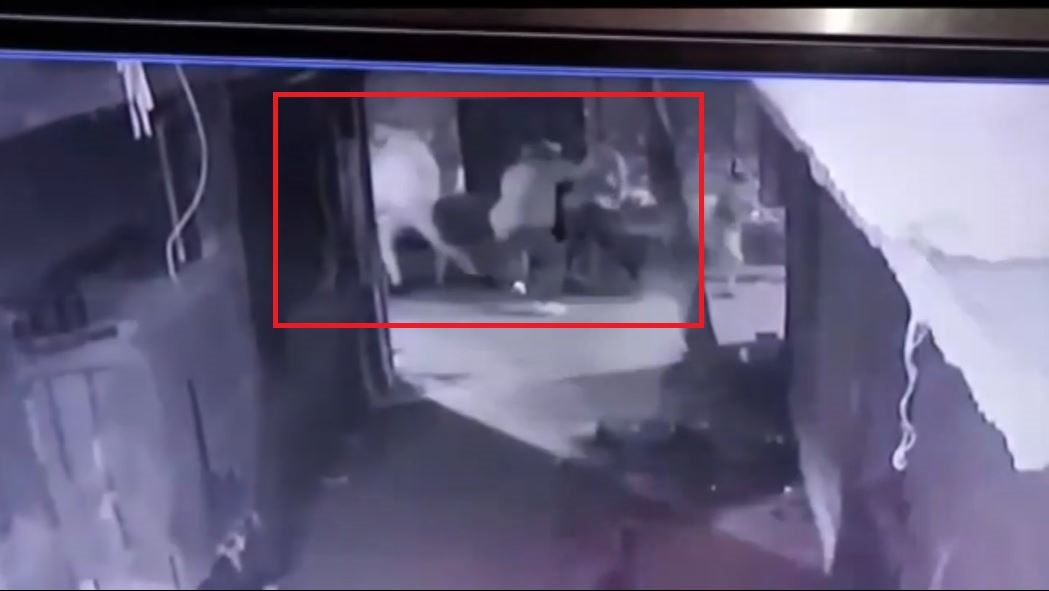 The Egyptian media published a video of a young man being assaulted and dragged by a number of people in Boulaq El Dakrour, Giza Governorate, on the street.

Surveillance cameras recorded a shocking scene of the assault on the victim, and the victim narrated the details of the incident, and his mother spoke about the reasons for the dispute with the accused.

For their part, the detectives of the Giza Security Directorate listened to the statements of the victim. After his health improved, he said that while he was sitting with two of his friends on the street, he was surprised by the defendants assaulting him with white weapons.

The victim said that his two friends saw the defendants during the assault, and were unable to defend him, as the perpetrators threatened them with the weapons in their possession, and indicated that the defendants had a kinship relationship with him, and that previous disputes between them had passed for nearly 3 years, and the detectives examined surveillance cameras. The scene of the assault on the victim was monitored, it was unloaded, and the identities of the suspects involved in the assault on the young man were identified.

See also  A couple created a startup together: "This is the fourth startup for each of us and the first we've built together"

The detectives listened to the statements of eyewitnesses from the residents of the street, who confirmed that the accused attacked the victim, and the necessary legal measures were taken, and the Public Prosecution took over the investigation.

The Boulaq El-Dakrour Police Department received a report stating that a number of people assaulted a young man with knives, and he was taken to the hospital with several cuts and bruises.

By conducting investigations, the detectives found that while the victim was sitting with two of his friends in the street, he was surprised that a group of people attacked him with knives, and dragged him into the street, due to disputes between them, which resulted in him sustaining multiple injuries throughout his body.

The suspects were identified after examining the surveillance cameras, listening to the statements of the injured and eyewitnesses, and taking the necessary legal measures against them. A report was drawn up on the incident, and the Public Prosecution took over the investigation.