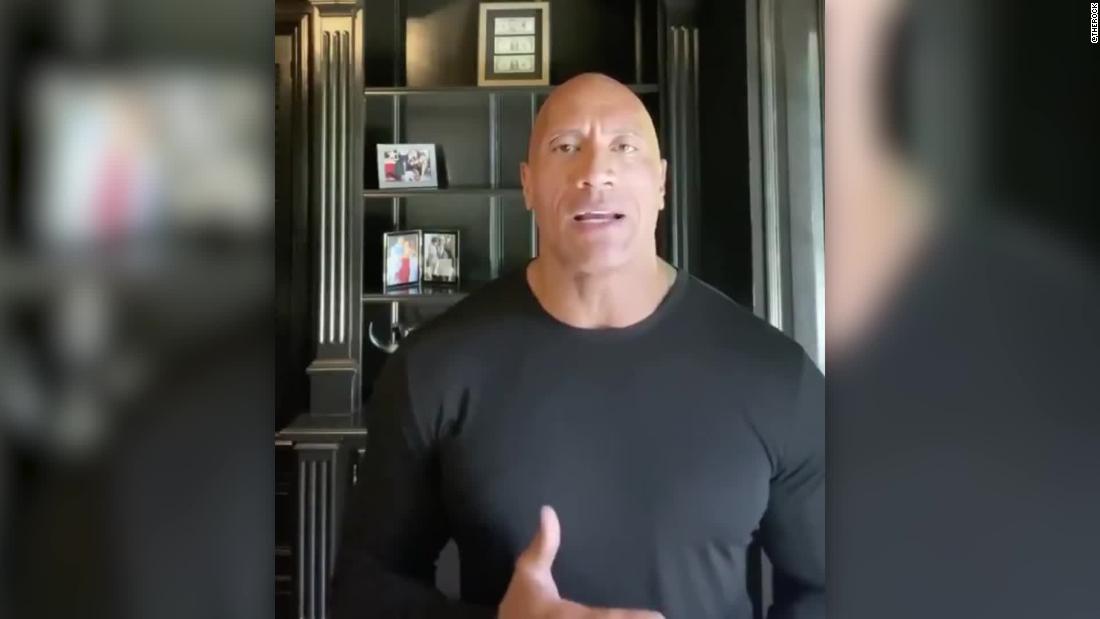 The actor said in a video post on his social media channels that the United States was “crippled” and “on his knees begging to be heard and begging for change.”

Johnson goes on to ask, “Where is our compassionate leader who will step into our country who is knocked to his knees and reach out and say, ‘Get up, get up with me because I got you. I hear you, I’m listening to you. And you have my word that I will to do everything in my power, until the day of dying, the last breath, to do everything I can to create the change that is needed, to normalize equality because Black lives the thing. ‘Where are you?’

In addition to the video he wrote in the title, “Since we’re all here. Maybe one day a galvanic leader will show up. Either way, the process of change has already begun.”

Johnson is one of many voices in Hollywood calling for change as well as the action of his fans and political leaders. Jay-Z pulled out entire pages in the newspaper to pay tribute to Floyd this week.
It was announced on Wednesday that a former Minneapolis police officer who pressed his knee into George Floyd’s neck has been charged with second-degree murder – and three other officers at the scene have been charged with aiding and abetting second-degree murder.