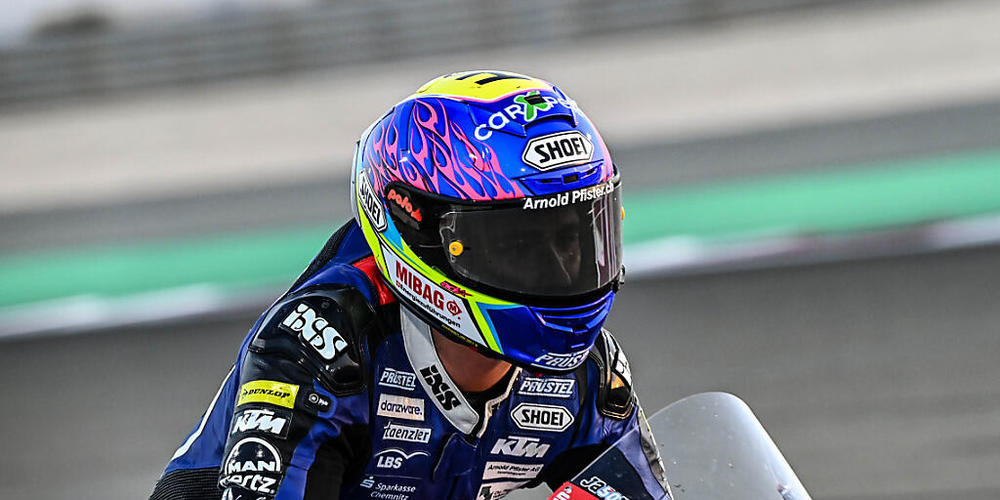 Jason Dupasquier from Freiburg is also in the top 15 in the third Moto3 race of the season. The 19-year-old KTM contestant improved from 23rd place in the Portuguese Grand Prix – allowed to start after a subsequent penalty of two competitors – to 12th. He lost about a dozen seconds at the top.

Triumph in Portimão again went to Dupasquier’s KTM brand fellow Pedro Acosta. The 16-year-old rookie from Spain was on the podium in his third Grand Prix, and after his second victory, he became the world championship leader with 70 points ahead of his compatriot Jaume Masia (39). Dubascoyer occupies 14th place in the World Championships, with 15 points.

The Moto2 race in Portimao became Raul Fernandez’s prey. Class newcomer beats Calix by 1.6 seconds over compatriot Aaron Canet (Boscuscuro). The third is Remy Gardner. Kalex rider from Australia is the new World Championship captain having finished third in the third race of the season.

Britain’s Sam Luiz, who won the first two races in Qatar and started from first in Portugal, withdrew due to a fall immediately after the start.

Tom Lothy, who started from 22nd, couldn’t take advantage of the many falls of his rivals. As 17, more than 25 seconds behind the winner of the day, Byrne missed points again.

READ  Australian Open: Nadal walks in on the sport

Fastest in MotoGP training, Fabio Quartararo, wins the Portuguese Grand Prix. With his sixth Grand Prix victory, and his second of the season, the Yamaha Factory racer is taking the lead from fellow Frenchman Johan Zarco (Ducati).

In Portimao, Quartaro, who celebrates his 22nd birthday on Tuesday, defeated Italian Francesco Bagnaya by less than five seconds over Ducati. The third was MotoGP Title Defender Joan Mir (Suzuki) from Spain.

Marc Marquez showed off his extraordinary skills with an excellent start in Portimao. From 6th position, he immediately advanced to 3rd place. However, the Spaniard could not hold on to this for long. The day before the race, Marquez said he knew he was going to struggle in the 25 laps, after all, he just didn’t have enough muscle and strength.

Seventh place came to Marquez, who was clearly at the end whose right arm still caused certain problems after a complex fracture of his arm, roughly equivalent to one of his 82 GP victories. At Honda’s box, the 28-year-old received a huge ovation for his performance. Marquez himself uttered a long, liberating cry.