Does immigration affect the infection rate in the United States? 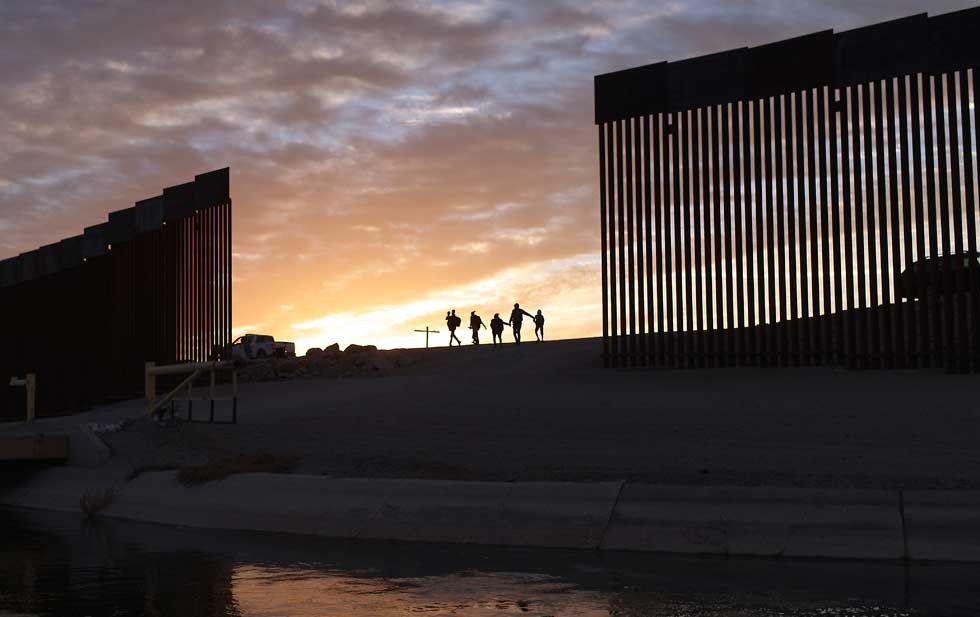 Phoenix – As Variable Delta unleashes an increase in Covid-19 cases in the United States, some critics of President Joe Biden attribute the increase to his border policies, which allow some immigrants to enter the country to seek asylum.

Florida Governor Ron DeSantis last week accused Biden of “helping facilitate” the spread of the coronavirus. Sean Hannity, a Fox News anchor, said immigrants were responsible for causing the “largest mass spread,” and falsely claimed that none of them had had diagnostic tests.

However, public health experts point out that immigrants arriving in the country are not raising infection rates in the United States. The main culprits are those who refuse vaccination. In addition, in general, immigrants admitted are subject to diagnostic tests and hotel rooms are designated for quarantine if they test positive, although federal authorities have not released data on these cases.

What happens when migrants are stopped at the border?

It is variable. Most unmarried adults are immediately expelled, while unaccompanied children and some families are allowed in to apply for asylum. This practice adheres to the continued use of Section 42, a public health rule enforced by the administration of President Donald Trump when the pandemic began and which the Biden administration has maintained.

The numbers refer to the confrontations, not the people because many of them try to enter the country multiple times.

Families who are allowed to enter the United States to file asylum claims are given dates to appear before immigration courts or make an appointment with immigration authorities. Once transferred to border communities, families generally travel to reunite with family, friends, or acquaintances.

Minors who arrive without their parents are exempt from expulsion. In general, they spend less than a month held in emergency shelters until they can be handed over to family members or transferred to licensed shelters.

Are immigrants who are not excluded from diagnostic tests for Covid-19?

Usually yes. Customs and Border Protection, the agency that primarily puts migrants in custody, ensures they have masks and are referred to local health care providers for diagnostic testing and treatment if symptoms develop.

From there, testing protocols vary depending on the federal agency involved. Most adults and some families are taken into the custody of Immigration and Customs Enforcement (ICE), where everyone is given diagnostic tests for Covid-19.

All new arrivals are isolated from the general population for 14 days and detained if they test positive. Unaccompanied minors are also tested prior to their transfer to a HHS facility, and tested regularly thereafter.

Some immigrant families are released directly from CBP facilities to border communities, and this is where government information is less clear. The government says it is working with local allies and “appropriate agencies” to test and quarantine these residents, but it has not made clear if this is happening everywhere. Oftentimes, it is local governments and NGOs that organize the tests and send positive cases to be isolated in hotels.

How many immigrants test positive for COVID-19?

The federal government has not released this data, but in Texas’s Rio Grande Valley, the busiest lane for illegal border crossings, local authorities recently released their own data.

On August 4, local authorities in McAllen, Texas, announced that of the nearly 88,000 immigrants released by the city’s CPB since mid-February, more than 7,000 immigrants have tested positive for Covid-19, resulting in an infection rate greater than 8. % . Positive results have become more frequent in recent weeks, exceeding 16%, a proportion similar to that of the local population, according to county officials.

What public health authorities are contributing to the increase in infections in the United States?

Those contributing the most to the recent spike in Covid-19 cases are people in the country’s communities who haven’t been vaccinated or who don’t adhere to recommendations by the Centers for Disease Control and Prevention (CDC for its initials) with regard to the delta variant, which is highly contagious, according to for public health experts.

At a news conference last week, Dr. Evan Melendez, the local health authority in Hidalgo County, Texas, acknowledged that newly arrived immigrants were “part of the problem,” but also noted that they pose no greater risk than the same. “Today I was in seven units of COVID,” he commented.

He said immigrants are not responsible for introducing the virus, and they do not have higher infection rates than the general population.

“Is it an immigrant pandemic? No, it’s an unvaccinated pandemic,” Melendez said.

The number of immigrants entering the country is too small to lead to a significant increase in cases across the United States, said Dr. Joseph McCormick, a physician and former CDC epidemiologist who is now at the University of California Center for the Health Sciences. .

“Given what we’re seeing across the country right now, it’s pointless trying to attribute that to immigrants,” McCormick said. In addition, the delta variant, first identified in India, began spreading in the United States earlier than in Mexico and other parts of Latin America where immigrants come from, experts say.

“So the claim that immigrants who entered the southern border brought the (alternative) delta to the United States is unfounded rhetoric,” Max Hadler, policy director at the nongovernmental organization Physicians for Human Rights, said in a statement. Prices are rising everywhere and in every state in the country. It is not a border problem or an immigration problem, it is a national problem.”

McCormick stressed that for people who escape border patrol and enter the United States undetected, there is no reason to suspect their infection rates are high.

How do frontier societies manage migrants at a time when the delta variable is spreading?

At various points along the border, local governments and nonprofit organizations have a long history of helping immigrants leave federal guardianship with food, clothing, and the organization of their remittances. Now, local authorities say, the delta variant joins the list of challenges.

McAllen officials worked together last week with Hidalgo County to set up tents to quarantine immigrants who tested positive for Covid-19 and their families. In other cities in Texas, local leaders have expressed frustration with the governor’s stances on the pandemic, including preventing local governments from enacting mandatory mask use.

Brownsville, Texas, began a program to vaccinate newly arrived immigrants a month ago, and has so far gotten doses to more than 860 people. Similar measures have been implemented in other communities hosting immigrants, including Phoenix and El Paso.

The Department of Homeland Security has dismissed recent press reports that federal authorities are preparing to provide vaccinations to immigrants after they are detained at the border. However, Immigration and Customs Enforcement began vaccinating immigrants in its custody. The government has also launched a Pfizer vaccination campaign for unaccompanied children over 12 years of age.