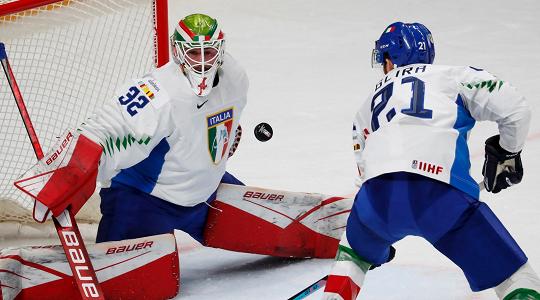 Finland took the lead in Group B at the Ice Hockey World Championships in Riga. The defending champions easily and spectacularly beat 3-0 (2-0, 1-0, 0-0) over Italy, bottom of the standings, without any points.

After four matches, the Finns have now outpaced Germany and the United States (both 9) by 10 points, who had previously missed hosts Latvia their second defeat in the tournament.

Latvia lost to the United States 2:4 (2:2, 0:2, 0:0) and so they are under pressure regarding a potential quarter-final participation.

And in the other first group, the Czech Republic won a very important match against Sweden 4: 2 (0: 2, 0: 0, 4: 0). With four goals in the final third, the Czechs scored their first three points in the fourth game, which were urgently needed as the quarter-finals approached.

On the other hand, former world champion Sweden has to worry about entering the knockout stage two days after their furious 7-0 win over Switzerland. The Swiss team qualified with 8:1 (1:1, 4:1, 3:0) against Slovakia and after four matches they drew four points with Russia and Slovakia at the top of the table.