Djokovic has been detained in Australia pending a visa hearing 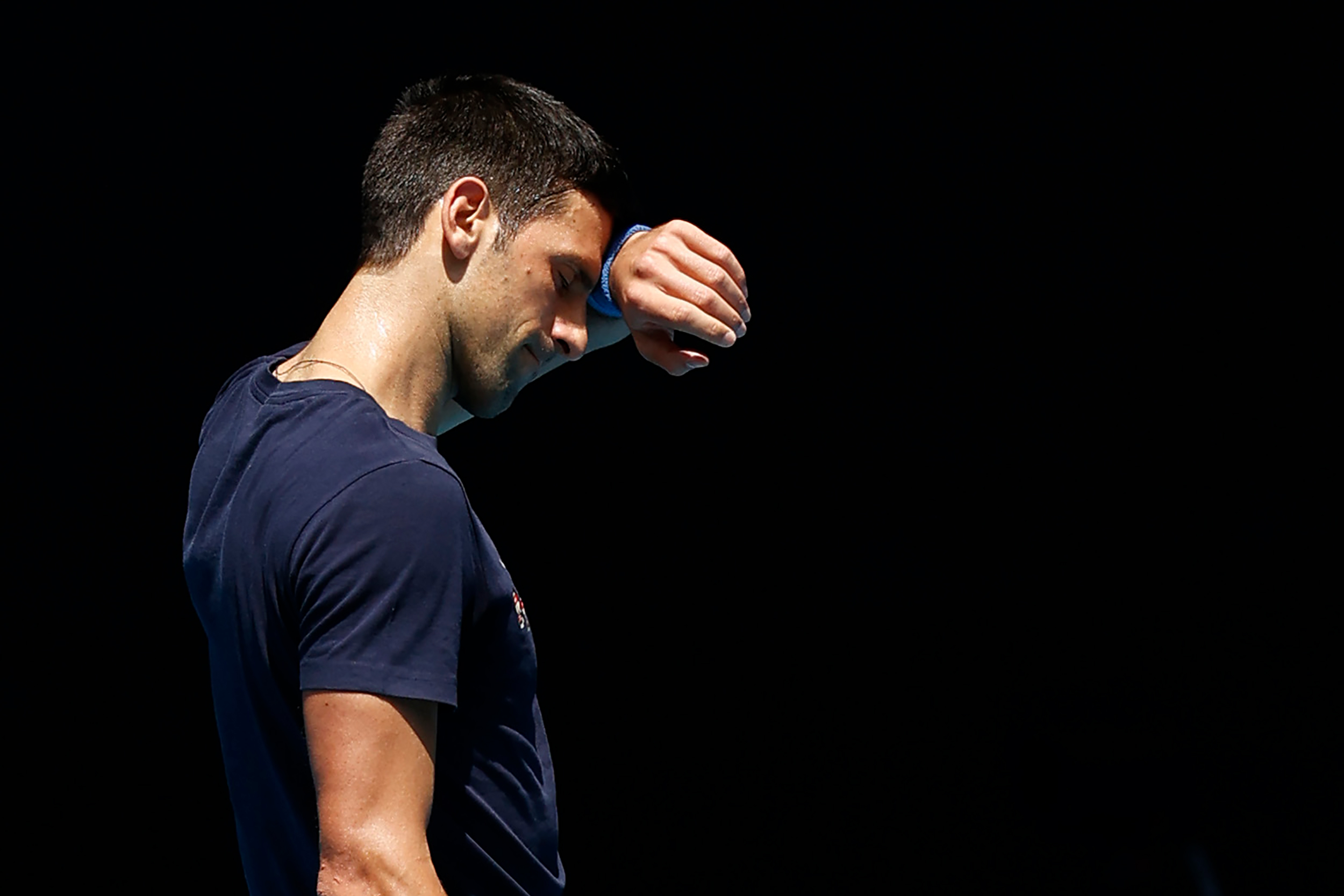 Djokovic’s case in Australia is not over yet: what will he face now? 4:03

(CNN) – tennis star Novak Djokovic He was detained in Australia, before his case to remain in the country was brought before the Federal Court.

Djokovic’s case to remain in Australia will be heard on Saturday in the country’s federal court after an emergency hearing before Judge Anthony Kelly in the Federal Circuit and Family Court.

The Australian Federal Court is a higher body than Kelly’s.

The decision comes four days after Judge Kelly ruled that Australian Border Force (ABF) officers were “unreasonable” when they rescinded his initial visa to enter Australia upon his arrival in the country on January 5. The judge ordered Djokovic’s release from immigration detention within 30 minutes.

The second cancellation is the latest development in this saga that has made global headlines and has put Australia’s Covid and immigration policies under scrutiny.

Under current Australian law, all international arrivals are required to be vaccinated against covid-19, which Djokovic does not have, unless they have a medical exemption.

Djokovic said he was under the impression he could enter because two independent teams linked to Australian tennis and the Victorian state government granted him an exemption on the grounds that he had covid-19 in December.

The federal government has argued that prior covid-19 infection is not a valid reason for exemption under its rules.

Novak Djokovic without a visa. And now this? 1:38

How was this situation reached?

Djokovic Arrived in Melbourne On January 5, his visa was immediately canceled to enter the country without a valid reason for not being able to vaccinate against covid-19.

He spent several nights in a detention hotel in Melbourne, which also houses dozens of refugees, some of whom have been held by immigration for more than eight years.

His lawyers appealed the decision and won the legal battle on Monday, but doubts have since been raised about Djokovic’s behavior after he tested positive for the coronavirus on December 16.

In a statement published On social media Djokovic admitted, Wednesday, that he did not self-isolate immediately after receiving a positive diagnosis, but he denied knowing he had the virus when he attended several public events.

He also apologized for what appeared to be misinformation about his visa statement from Australia, specifically that he had not traveled within the 14 days prior to arriving in the country. Photographs taken during this period appear to show him in both Spain and Serbia.

Djokovic said a member of his support team provided the information and that the deletion was a “human error”.

In the statement, Djokovic also admitted giving an interview and taking a photo with a French sports newspaper while he was infected with the virus, which he admitted was a “miscalculation”.

The visa row and the decision to allow Djokovic, who has previously voiced opposition to vaccines and mandates for Covid-19 vaccinations, come into the country at a time when the number of Covid-19 cases is on the rise.

This Friday, Victoria, home to Melbourne, where the Australian Open is being held, recorded 34,836 cases, with 976 people hospitalized with coronavirus. This week the country passed 1 million cases in the entire pandemic.

See also  Blatter is under criminal investigation in Switzerland

What could happen next?

Maria Jokl, legal director of BDO Migration Services, said Djokovic’s lawyers would have 28 days to make statements to the minister, citing why his decision was reversed.

Despite his visa being revoked, experts say Djokovic could still be released on another visa to participate in the Australian Open.

“If there is an unbelievable outcry about the detention of the number 1 tennis player in the world while the Australian Open is kicking off, maybe the government will give up and let him out on a temporary visa,” said Abul-Razawi, a former deputy secretary at the university. Immigration department.

A bridging visa would allow Djokovic to work, or play, in this case, but the political ramifications of such a decision are unclear, as it appears to go against the message that Djokovic poses a health risk to Australians.

Victorian Prime Minister Daniel Andrews said on Friday there was a simple solution to the problem: “Just get vaccinated”.