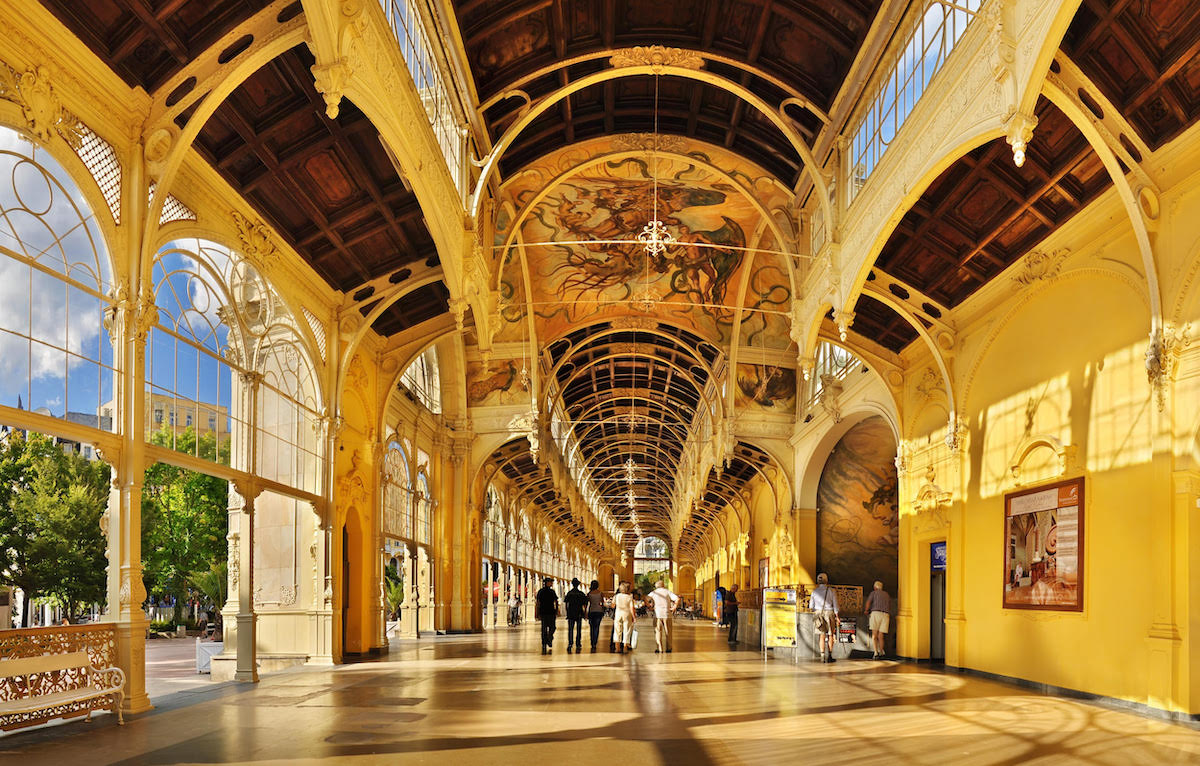 The towns of Karlovy Vary, Mariinsky Lazne and Františkovi Lazne carry over 200 years of European spa traditions, which wonderfully combine medical treatment and therapy with recreation and social recreation. The Czech Republic now has 15 locations in this prestigious list.

The cities of Karlovy Vary (Carlsbad), Mariinsky Lazne (Marinbad) and Frantiskovy Lazne (Fransenbad), nicknamed the Heat Triangle, have been on the World Heritage List since last weekend. In all, this status has been given to eleven European cities spread across 7 countries and developed around mineral water sources.

Under the auspices of the “Great Spa Towns of Europe”, the Czech cities are included along with Bad Ems, Baden-Baden and Bad Kissingen in Germany, Baden by Vienna in Austria, Spa in Belgium, Vichy in France, and Montecatini Spas in Italy and Bath in the UK.

Karlovy Vary is located in the valley of the Teplá River, the largest in the Heat Triangle. Its unique architecture, luxurious establishments and more than 80 healing springs make it the second most visited destination in the country after Prague. Great European personalities came here for therapy, such as Ludwig van Beethoven, Friedrich Chopin or Antonin Dvorak, and return regularly to this day, particularly as part of the Karlovy Vary International Film Festival.

Sister to Karlovy Vary, Marienbad offers a veritable oasis of peace immersed in the Slavkovsky Forest Nature Reserve. Between mineral water, peat, natural carbon dioxide and a mid-mountain climate, the city has everything you need to provide high-quality medical care.

The stunning Neo-Baroque Lounge in the city center invites you to stroll as you sample traditional pancakes and sip from the healing mineral springs.

Finally, the city of Franzensbad, a few kilometers from the German border, became the favorite city of the German poet Johann Wolfgang von Goethe. In this small town there is a calm, relaxed and comfortable atmosphere all year round, sometimes energized by concerts and cultural events that are organized in typical buildings usually called “columns”.