Covid-19 vaccines: The G7 group and the European Union can donate more than 150 million doses to Covax 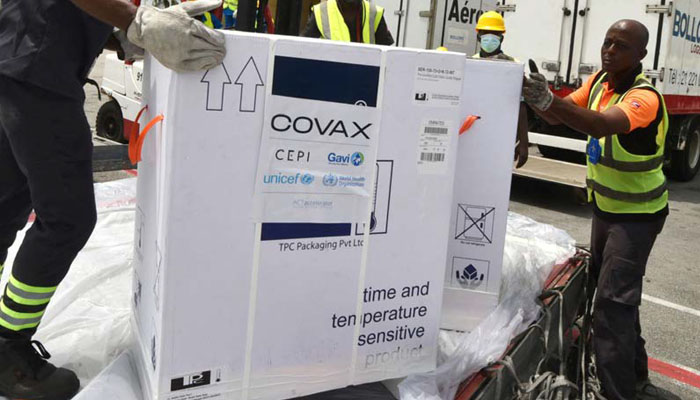 Vaccines against Covid are still sorely missed, due to insufficient production, and the international Covax system is far from the number of doses it thinks can be distributed.

The G7 countries and members of the European Union will be able to donate more than 150 million doses of anti-virus vaccines for the disadvantaged countries, in an attempt to bridge the inequality gap in vaccines in the face of the epidemic, according to UNICEF, on Monday 17 May 2021.

That number could be reached if the Group of Seven of the world’s wealthiest nations – whose leaders met in June 2021 at the England summit – and European Union members only shared 20% of the shares at their disposal. June, July and August, according to a study by “Irfinity”, a company that specializes in analyzing scientific data and is funded by the British branch of UNICEF. “They can do this while still fulfilling their obligations in terms of vaccinating their own population,” said Henrietta Fore, Director-General of the United Nations agency.

Shortage of money
Vaccines against Covid are still in dire shortages, due to insufficient production and the international Covax system, which has been created to try to prevent rich countries from getting most of the precious doses, far from counting the doses that he thought could be dispensed with. In June, nearly 190 million doses of the Covax system – created by the Vaccine Alliance (GAVI), the World Health Organization and also CEPI (Alliance for Innovations in Pandemic Preparedness) – will be lost compared to the volumes initially planned.

UNICEF – unmatched in the field of immunization – is responsible for the distribution. Therefore, by the end of May 2021, 140 million doses of Covax will be missed and another 50 million in June. The shortage of vaccines and the shortage of funds add to the difficulties.

The press release said that while awaiting more permanent measures to significantly increase production, “the immediate participation of overdoses is a minimum, which is a necessary and urgent measure, which we need immediately.” A gap that the WHO chief, Tedros Adhanom Ghebreyesus, considers so unfair that he asked states on Friday to forgo immunizing children and adolescents – the least inclined yet to develop dangerous forms of Covid – to have their Kovacs available.

For the proponents of participation, this is not just a moral imperative for poor countries to be able to immunize their health workers and their most vulnerable populations. The vigorous spread of the virus anywhere, due to lack of immunization, can lead to the emergence of variants that are more infectious, more lethal and possibly resistant to existing vaccines, nullifying efforts already made.

Thus the Director-General of the World Health Organization warned on Friday May 14, 2021: “The Covid-19 virus has already claimed the lives of more than 3.3 million people, and at the rate of ongoing matters, the second year of the epidemic will be much more deadly than the first.”