Court is forcing Australia to protect children from climate change 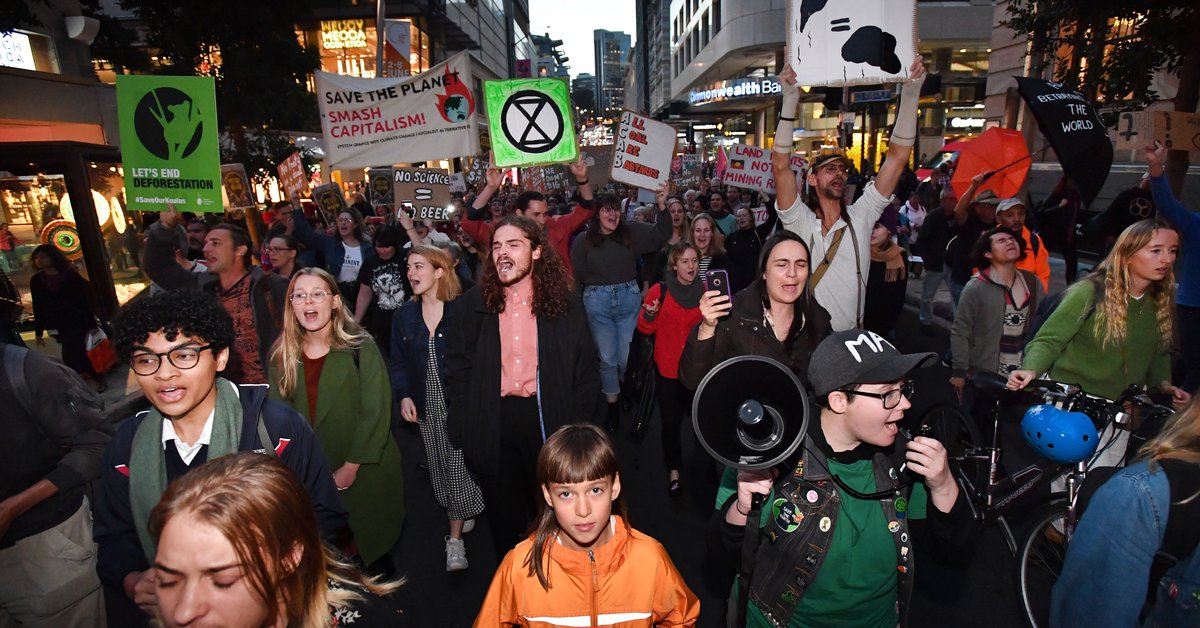 A protest in Australia against a coal mining project. EFE / Darren England / Archive

Sydney (Australia), May 27th (EFE). – An Australian court decided this Thursday that the executive branch of Canberra has a duty to protect the health of minors from the effects of climate change, in an unprecedented trial against the expansion of a coal mine in the oceanic country after a lawsuit filed by eight teenagers.
After the lawsuit was filed last September, the eight minors argued at the March trial before the Melbourne Federal Court that the expansion of the Vickery mine would emit 370 million tons of carbon in the next 25 years.
These pollutant emissions are equivalent to 70 percent of Australia’s total domestic emissions in 2019.
In a summary of the lengthy ruling published on Thursday, Judge Mordechai Bromberg said the court had decided that Environment Minister Susan Lee “is obligated to exercise reasonable care not to cause personal harm to children” when deciding on expanding this mine.
However, the judge rejected the request of 17-year-old activist Anjali Sharma and seven other students from the Strike 4 Climate Student School movement, who were represented by a nun, for the court to issue an injunction barring the minister from exercising her powers. To allow expansion.
“The court will give the parties the opportunity to present new arguments about the usefulness and conditions of the orders and the statements that must be issued now, in a way that reflects the reasons for the court ruling,” the judge stated in his response to the petition.
Under the decision, the environment minister will not be able to take measures that harm the minors, but the parties have yet to prove that Vickery, a subsidiary of Australian mining company Whitehaven Cole, poses a risk to them.
After the lawsuit, the Federal Court of Melbourne accepted independent expert evidence on carbon emissions from mines and burning fossil fuels to assess the impact on children’s health.
David Barenden, the youth attorney, told Efe that the ruling is of great significance “in developing environmental laws,” but stressed that the judge has yet to define “the meaning of this obligation to protect (minors).” Documents must be submitted in early June to support the arguments.
“This is the first time that a court, anywhere in the world, has ordered a government to protect young people specifically from the catastrophic harms of climate change,” Ava Princi, 17, said in a statement issued by Equity Generation Lawyers that she represents. .
On the other hand, White Haven Coal defended in a statement that “this request is of no use” and affirmed that the company is seeking to exploit “high-quality coal that contributes to the efforts of carbon dioxide emissions while supporting economic development in the region.”
The mine expansion would provide net benefit of about $ 869 million (737 million euros) for NSW and create around 950 jobs, according to the Australian company Whiteheaven Coal, which is in charge of the project.