Controversy over the new US embassy in Lebanon. It’s the biggest in the Middle East – wars and imperialism 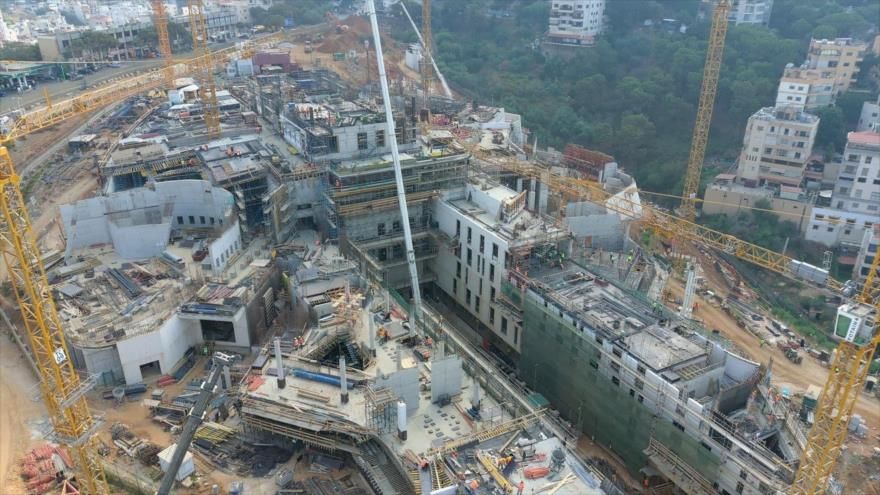 The “city of embassies” that the United States adopted in Lebanon more than two years ago is causing widespread controversy due to its sheer size.

In fact, it is the largest in the West Asia region, occupying an area of ​​approximately 180,000 square meters in the Awkar area north of Beirut, according to reports. mentioned Yesterday from Al-Riyalyom newspaper.

This diplomatic seat is actually larger than the embassy built by the United States by the one constructed in Baghdad after the outright invasion of the Arab state in 2003 and the subsequent military occupation.

According to the report, the embassy expansion project began more than two years ago and is expected to be completed in 2023, at an estimated cost of $1.2 billion.

Embassy of the US Department of Military Operations

According to the US State Department document, the project includes the construction of an airport within the embassies complex, as well as entertainment venues, consulate buildings and housing units.

Realium indicates that this embassy will be a center for managing US military and security operations in Lebanon, Syria, occupied Palestine and Cyprus, which illustrates the level of challenge that the resistance will face in Lebanese territory, where Washington is carrying out many intervention activities.

It is also natural that there are direct lines of coordination between this embassy and Israel against the Lebanese Islamic Resistance Movement (Hezbollah), especially since the security of the Tel Aviv regime is a top priority for Washington’s foreign policy.

All this sparked controversy and widespread criticism on social media from Lebanese citizens questioning the purpose of establishing an embassy the size of a city in Beirut.