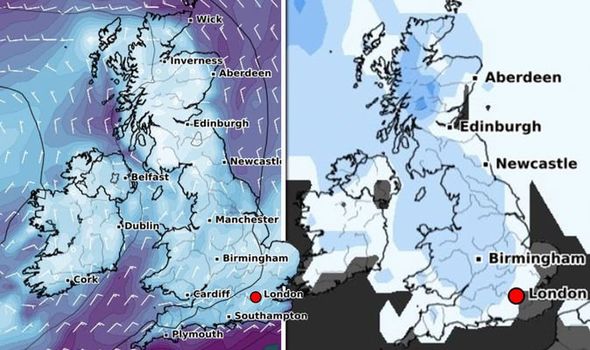 BBC Weather: Temperatures will drop in the UK

The cold northeast winds are expected to bring sub-zero temperatures this week, which could lead to winter conditions. Brian Gaze of Weather Outlook predicted that violent Arctic air will cause temperatures to drop to -5 degrees Celsius in Scotland this week. WXCHARTS temperature models also show that the southeast regions, including London and Kent, averaged 0 ° C on Friday, while the northeast could see temperatures slightly higher by 1 ° C.

Jeez told Express.co.uk: “ It looks like high pressure will build up and start near the UK next week.

The cold air in the Arctic will push south on its eastern side.

“It might keep the days cool in eastern Britain, but in the west it should be very nice in the afternoon sun.”

However, calm conditions along with clear skies lead to the risk of widespread night frost.

“The local temperatures in Scotland can drop to -5 ° C on some nights and below 0 ° C in most parts of the UK.”

Mr. Gees explained in more detail in his weekly forecast on the Weather Outlook website: “Tonight, the wet weather has spread to the southeast across the UK.

“The heavy rain is likely to occur in the northern and eastern provinces.

“At the end of the night, the clear skies return to most of Scotland and Northern Ireland. 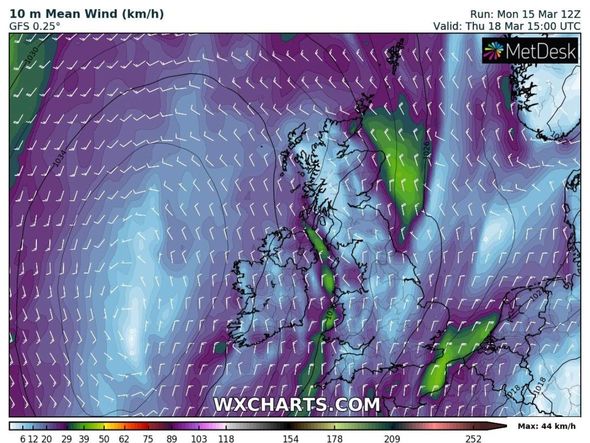 READ  I had cancer in the middle of a coronavirus epidemic

Tomorrow morning, intermittent rain will fall in the southeast.

There might be some strong storms for a while in the north and east, but in Wales and western England any rain should be light.

“The second half of the day is mostly dry and the cloud cover breaks down to give off periods of sunshine.

High pressure remains the main feature of the weather for the rest of the week. 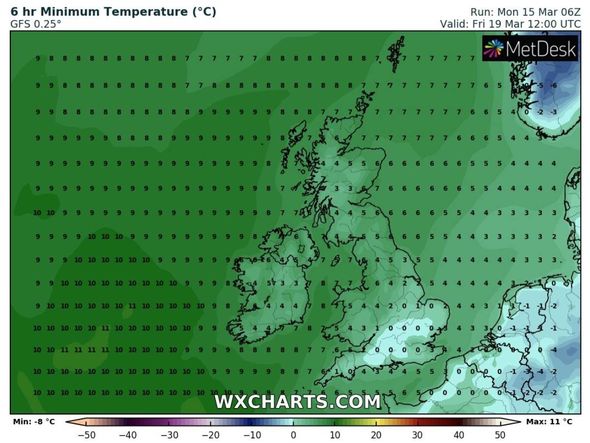 Cold Weather Forecast: Temperatures can drop to 0 ° C in the southeast (Photo: WXCHARTS)

Temperatures in the south and east are significantly lower as high pressure is more concentrated in the northwest.

“This allows cooler air from the northeast to enter for a while. Elsewhere, it’s still much softer.

The BBC’s long-term forecast for Saturday 13 March to Sunday 21 March added that the cold northeast winds could trigger winter weather later this week.

The forecasts said: “During Tuesday, the rains will reach all regions and must remain in the eastern half of the country until the evening.”

Cold Weather Forecast: Winter conditions can be devastated from the Arctic (Photo: WXCHARTS)

Northern Ireland, Wales, western Scotland and southwest England will become drier with some sunshine in the afternoon.

“Wednesday onwards it will be drier with some sunshine as the high pressure increases. Any choppy drizzle should disappear and there will be some sunshine for most people, as well as the possibility of overnight frost and fog spots.”

“ However, the high pressure should gradually weaken, which could allow some rain to start moving in from the northwest on a Sunday or Sunday night.

“An alternative scenario takes high pressure to the northwest more, resulting in cooler flows from the northeast with winter rain in the east. This would be a 20-30 percent probability.” 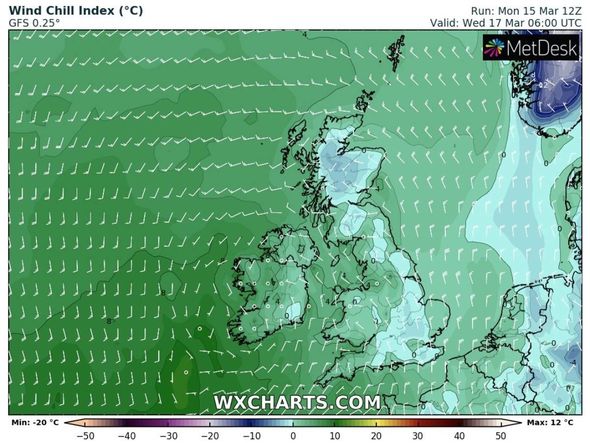 Cold weather forecast: Eastern regions are likely to be the hardest hit by the cold air (Photo: WXCHARTS)

The Bureau of Meteorology also expected temperatures to be “below average” by the end of this week.

The long-term forecast for March read: “Initially, this period is expected to witness significant stability.

This would give a dry climate with gentle winds, with the greatest chance of rain falling in the far north or northwest.

There is a risk of morning frost and fog spots, especially in the west. 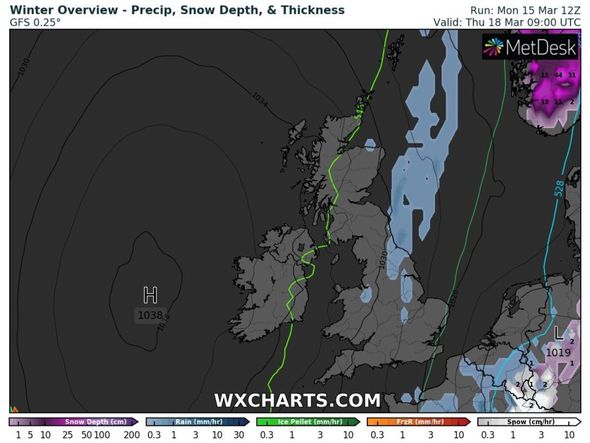 Daytime temperatures are likely to be lower than average in the south, particularly in the southeast at first, where the rains can be wintry at times and in the temperate side elsewhere.

The end of the period will likely see another period of unstable weather, with bouts of rain and some strong winds crossing across the UK, interspersed with drier and sunnier breaks.

“Temperatures are expected to be at average or slightly lower for this time of year at the end of the period.”