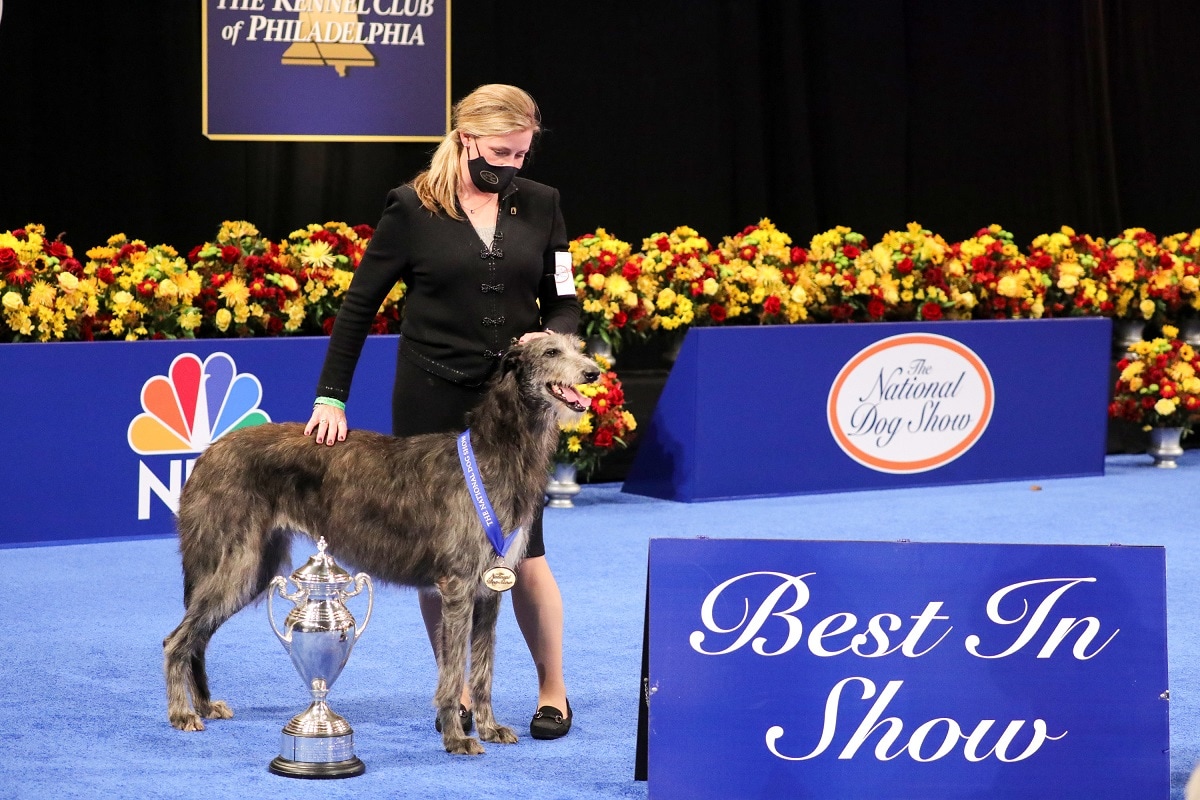 The winner of the National Dog Show who defeated hundreds of other dogs was a Scottish dog named Claire.

The event organized by the Philadelphia Kennel Club has been curtailed a bit this year. Claire was voted Best in Show this year because of Covid-19 pandemic, CNN reported.

About 600 dogs participated in the show which was hosted on November 14 and 15 and made its debut on its television partner, NBC. All in all, 2,000 dogs were used to participate in this event.

Claire defeated six other dogs who were on top of their group.

Speaking of why Claire won the competition, NBC commentator David Fry said the judges saw the dog do exactly what it was bred for. He further said the dog was built to perfection and had an active gait.

The National Dog Show was held for the first time in 1879. Since 1933, it has been held annually by the club.

There was no audience allowed this year because Covid-19

pandemic. The direct audience replaced, there were cardboard cutouts.

Protocols to protect against Corona Virus

It has also been placed. The report says that people were wearing masks and practicing social distancing.

There was only one official offer over two days, unlike the usual two. CNN reported.

Three new dog breeds were also presented at the National Dog Show 2020, the Belgian Laekenois, the Barbet and the Dogo Argentino.

Like the past 20 years, the show aired on NBC after Macy’s Thanksgiving Day Parade.

In their statement about the show, NBC said the show is a beloved tradition and raises money for dog-related causes while entertaining the 65 million families who own pets.

The show was hosted by actor John O’Herley with David Frye. The two have co-hosted a dog show together since 2002.