Chaos in Kabul: US rescues 169 people by helicopter 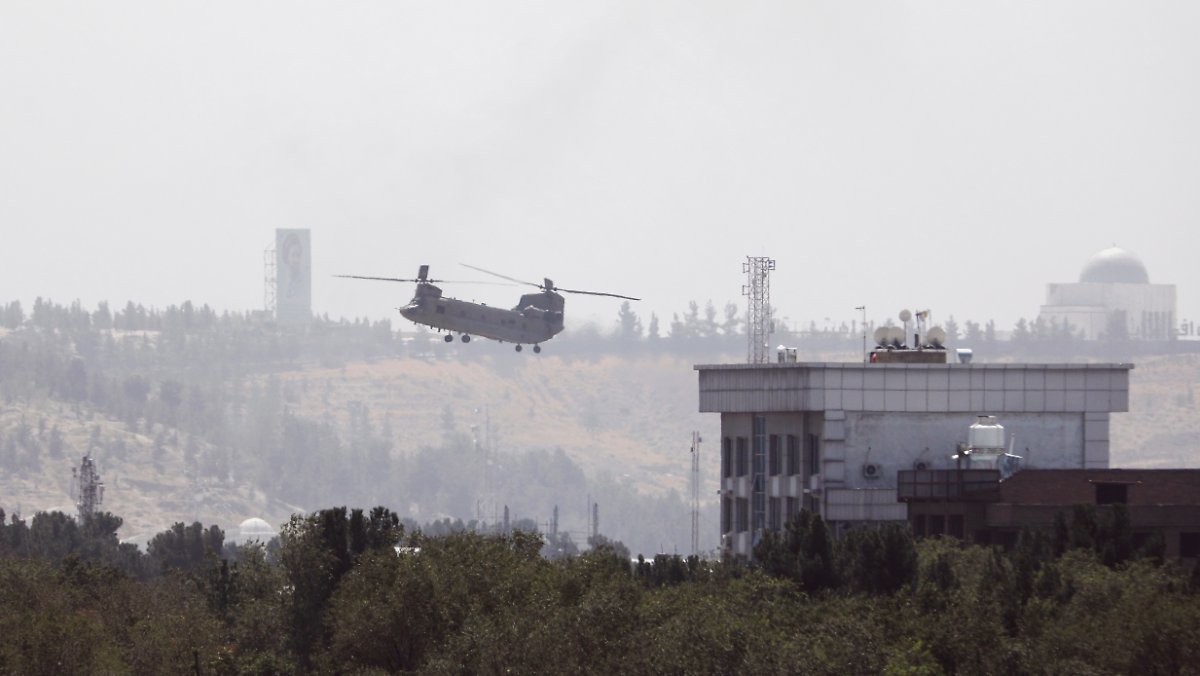 US rescues 169 people with helicopters

The situation at Kabul airport remains tense. Getting there is very difficult. That is why the USA and Germany soon use helicopters. Two Bundeswehr helicopters are supposed to be operational on Saturday.

The United States, Germany and other countries also transported people from Afghanistan last night. How dangerous and chaotic the situation around Kabul airport is, is illustrated by the fact that US soldiers had to fly helicopters to safely transport 169 people to the airport on Friday. Pentagon spokesman John Kirby said three Chinook helicopters picked up the people from the Barron Hotel near the airport. The reason was a “large crowd” in front of the airport, the passage of the rescued was not safe. The German army also sent two helicopters to Kabul, which in the meantime have arrived there and will be ready for use from Saturday.

The United States had to cut off rescue flights from Kabul to Qatar for more than six or seven hours on Friday because capacity there was exhausted to take in people from Afghanistan. Now the US Air Force Base Ramstein in the Rhineland-Palatinate will be used as an evacuation center. Since last Saturday, the United States has transported 13,000 people from Afghanistan, according to Biden. Approximately 6,000 American soldiers secure the Kabul airport.

The German army has so far relocated more than 2,000 people from Kabul, the last 172 people late Friday night and seven more Saturday night, the Bundeswehr announced on Twitter. A German was injured on the way to the airport on Friday and was not seriously injured. Another German was slightly injured near the airport, according to ZDF information. Several thousand people are waiting for a seat on a plane in front of the airport alone.

European Commission President Ursula von der Leyen and Council President Charles Michel plan to visit an initial reception center for local Afghan workers in Spain on Saturday. In a telephone conversation with the Greek prime minister, Turkish President Recep Tayyip Erdogan warned the European Union of a new wave of “refugees” if Afghanistan’s neighbors such as Iran were not helped to take in refugees.

Spiegel in Germany reported that Afghans who have traveled by air and have not yet obtained a residence permit will initially receive a 90-day visa. Your condition should be clarified during this time. In addition to local employees, who are often on federal government rolls, women and human rights activists are also relocated. The left advocated admission of family members of Afghans already living in Germany.

Under the tragic situation, Green Chancellor candidate Burbock attacked the federal government sharply. “I see a complete failure,” she told the Sueddeutsche Zeitung newspaper, particularly in an interview with Foreign Minister Heiko Maas and Interior Minister Horst Seehofer. It has been clear for months that local Afghan workers need protection. The left also spoke of the “complete failure” of the diamond ministers. After the elections, it was necessary to set up a commission to investigate and review all foreign deployments of the Bundeswehr, said Jan Corti, director of the parliamentary group at the Rheinische Post.

US President Joe Biden, who has been criticized for the rapid withdrawal of US forces from Afghanistan following the takeover of power by the Islamist extremist Taliban movement, vowed on Friday to rescue all Americans from the country. “We’ll take you home,” Biden said at the White House. A similar commitment was made to local Afghan staff. But it is “one of the largest and most difficult airlifts in history.”