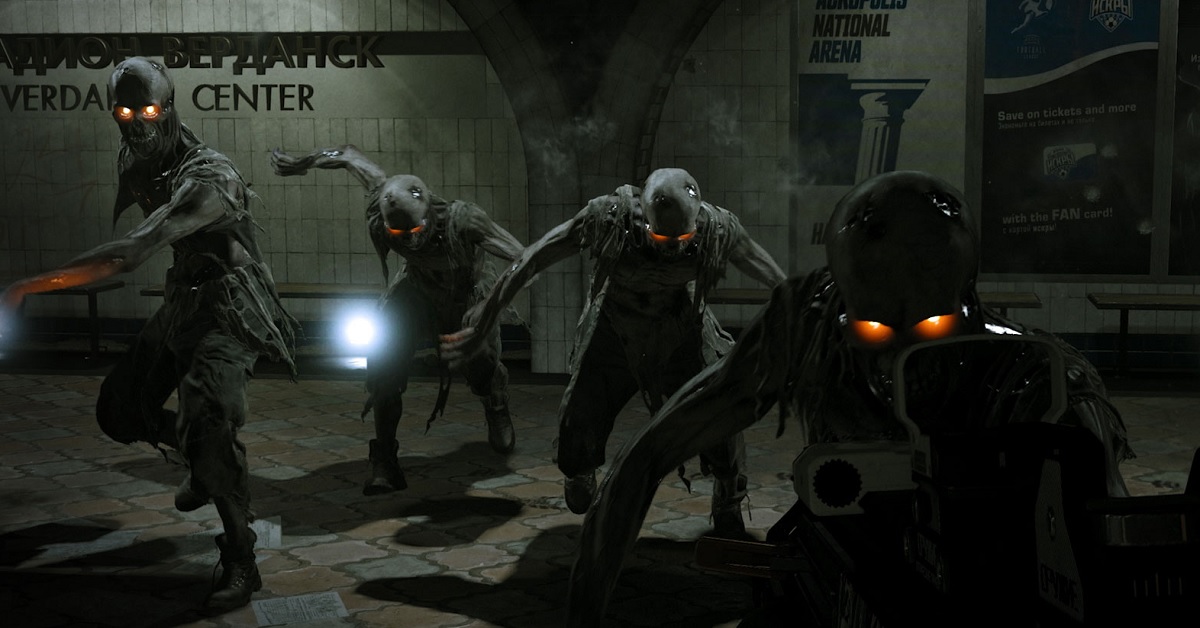 Activision today dropped a trailer for Call of duty Halloween Event: The Haunting of Verdansk. We get a handful of new game modes, a bunch of horror-themed packages, and bonuses, both Modern warfare And the War zone.

War zone Players will get to experience Verdansk at Night and He will come with it “More than a few Halloween-themed horror games’ – and I’d be satisfied with that, to be honest. Modern warfareIt also gets a paint coat with a scary character. My favorite new addition is that if you get three kills in one life, the trigger head will turn into a Jack Lantern. Get ten kills, and you will set on fire. MW It also gets two new modes: Snipers Only, which is exactly what it looks like, and Onslaught-er, which includes finding and capturing a juggernaut suit that spawns on the map and taking it on Something With that – I imagine I’ll find out if / when I get there.

cod Looks like he’s taking a leaf out Mortal KombatBook, including some classic horror films the baddies to employ the menu: namely, Leatherface of Texas Chainsaw Massacre The Billy Doll from saw Series. They would both have the appropriate shapes and packs of content, as well as a character named Dr. Karlov. I’m not going to pretend it’s not terrifying to see some familiar faces in the trailer, and it looks like both Billy and Weathervis will be appearing in Haunted Verdansk, if the trailer above is anything to go by.

And of course, there are zombies – they won’t Call of duty Ghost Festival without zombies. In this case, we will have Zombie BR, a limited-time mode in which dead players are resurrected as zombies, with the ability to transform humans if they kill enough of their fellow players. You can’t use weapons as zombies, but you can run, punch, and generally get bored with numbers, like zombies do.

See also  What makes the next hunter's blue moon so rare

The Haunting of Verdansk starts on October 20 and runs until November 3. Activision also appears to be dropping some themed packages during the event, including one inspired by Dia de los Muertos.