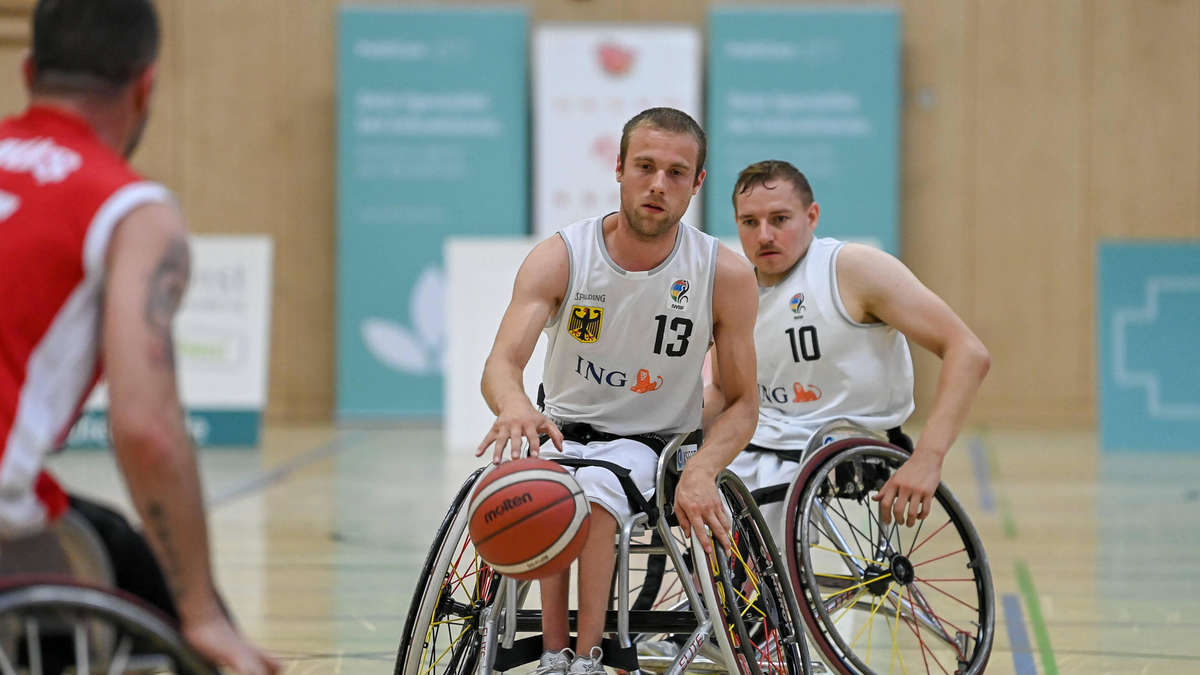 (Jay). Thomas Bohm witnessed the opening ceremony of the Paralympic Games in Tokyo behind him on Tuesday with great joy. On Thursday, world wheelchair basketball player RSV Lahn-Dill and teammate Christopher Hopper, who wants to scale back the competitive sport after Tokyo, just started playing.

The national team, as is known, has been successfully trained by Nikolai Zelttinger since 2010, who himself played for RSV, worked there as head coach for years and is a partner and manager of the main club in central Hesse, has caught the “hammer group”.

Initially Thursday morning at 2 am German time, the “explosion” against the winners of the Paralympic Games USA is about to begin. There will definitely be a small reunion before the first match. With Steve Serio and Michael Paye, the RSV crew meets two former longtime buddies, with Brian Bell even current Rollis von Lahn and Dill players.

Böhme knows at lightning speed that these are all games that can stand a knife edge. For the 30-year-old, his team plays an outside role. “We are all eager to get started. We want to play a good game and fight for 40 minutes. Then we will see what comes out,” Tommy Bohm said yesterday, given the difficult start against the United States.

His goal – and certainly that of coach Zeltinger – is to survive the preliminary round and advance to the quarter-finals. To do so, the German men, with Jan Haller, Nico Dreamoller and Joe Bestwick, three other former RSV chasing baskets, have to leave at least two teams behind to qualify for the last eight teams.

On the women’s team Germany, Annabelle Breuer and Katharina Weiss are the top performers from RSV Lahn-Dill. For defensive Breuer, she’s already the third Paralympian: in 2012 the 2020 Athletic Scholarship holder won gold with the team in London, and in 2016 silver in Rio – the medal should also jump in Tokyo. For Weiß, who has been a national team player since 2017 and moved to RSV a year ago, this will be his first Paralympic Games.

German women, like men, face a challenge from the start: in the first group, the forces of coach Martin Otto will meet the vice world champions Great Britain (Friday, 1.30 pm), Canada (Saturday, 10 am), Australia (Thursday, 2 am). ) and host Japan (Sunday 4 am).

A balanced group in which the German women have to finish fourth to reach the quarter-finals. In the second group, a three-way battle between the United States, China and the Netherlands is expected. National team coach Otto knows his group is an exciting open-ended. It asks for acceleration from the start.