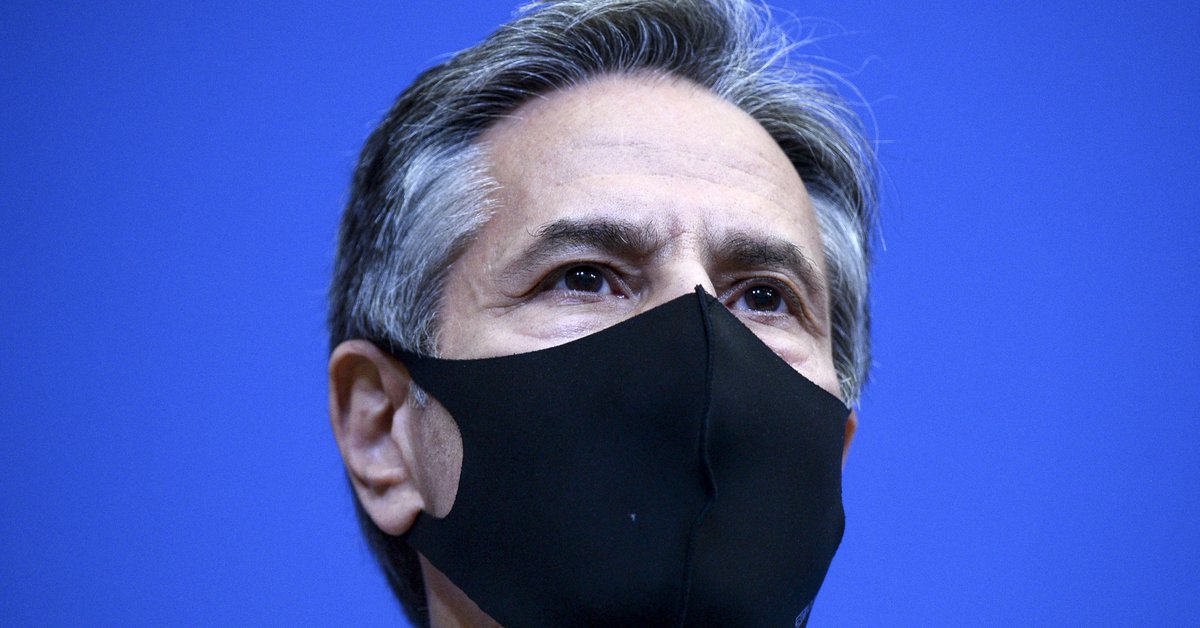 London, May 3 (EFE). On Monday, US Secretary of State Anthony Blinken stressed the good health of the “special relationship” between his country and the United Kingdom, and thanked London for its cooperation “to demand responsibilities” from Russia.
After his meeting with British Foreign Secretary Dominic Raab, Blinkin stressed in a joint press conference the need for cooperation to stop “Moscow’s reckless and aggressive actions” on the Ukrainian border.
Blinken, who will attend the Group of Seven Overseas and Development Summit in the British capital, said the United States “does not have a closer ally, with a more intimate partner, than the United Kingdom.”
“If Russia decides to act recklessly and aggressively, we will respond. But we are not trying to escalate, we prefer a more stable and predictable relationship. If Russia moves in this direction, we will do that as well,” he added.
For his part, Raab said that “the door to positive relations is always open,” but “dangerous bets” on the Ukrainian border, as well as “electronic attacks and disinformation” promoted by Moscow, must stop.
Relations with China
Blinken and Raab said that the international community’s relations with China will focus on part of the dialogue of the ministers’ meeting in London.
“Our goal is not to contain or drown China. What we are trying to do is defend the rules-based international order in which our countries have invested for many decades,” the foreign minister said.
Attracting Beijing to this legal system, he said, “will be beneficial not only to the citizens of our countries, but to people all over the world, including China.”
Raab stressed that it is imperative to find “constructive ways to work with China in an intelligent and positive way, when possible.”
He said that this cooperation is particularly important on issues such as climate change: “We want to see China take a step forward and play a leading role.”
Withdrawal from Afghanistan
The British Minister and the US Secretary of State, during their meeting, also touched on the withdrawal of soldiers from Afghanistan.
“The priority is to protect our forces between now and September, and to ensure that we maintain our ability to deal with counterterrorism and protect the progress we have made in working hard in Afghanistan,” Raab said.
For his part, Blinken expressed his appreciation for British cooperation in the military mission in that country: “We have worked side by side for nearly twenty years, sharing a mission and covering our backs. We will never forget that,” he said.
Support for the Northern Ireland Protocol
The US diplomat renewed his government’s support for the protocol on Northern Ireland, which the United Kingdom and the European Union agreed to before Britain’s exit from the European Union.
This protocol imposes customs controls between the British territory and the island of Great Britain, in order to keep the borders with the Republic of Ireland open and thus to comply with the peace agreements signed in 1998.
“The United States stands as a strong advocate of a secure and prosperous Northern Ireland, where all societies have a voice and can enjoy the benefits of a painstaking peace,” Blinken said.
“We welcome the provisions stipulated in the agreement between the United Kingdom and the European Union, including the protocol on Northern Ireland, which will help protect progress in the Good Friday Agreement,” he added.