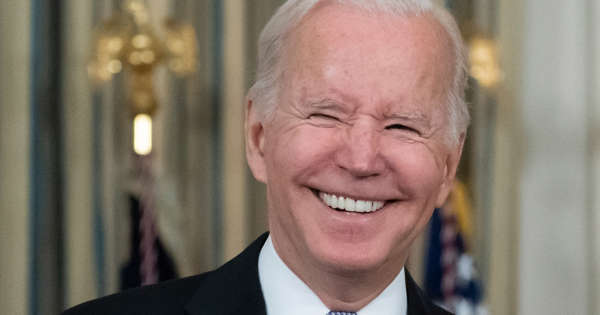 President Joe Biden can breathe a sigh of relief. Temporarily.

The US Congress approved his massive investment in infrastructure after protracted and chaotic negotiations.

The core issue of $1,750 billion in social reform remains.


President Biden has wearily hung on the ropes in the tough boxing ring of American politics. A chaotic military withdrawal from Afghanistan, the coronavirus pandemic hits hard economically, and its own party, the Democrats, is deeply divided between the brigades of right and left.

But on Saturday came a breakthrough, when his massive infrastructure investment at a staggering $1 trillion, 8,800 billion kronor, was finally approved in the House of Representatives.

shovels in the ground

“In three to four months, the first shovels will be in the ground,” Biden said, relieved and pleased, at a press conference in Washington, D.C.

I have thrown. He has passed one of the two giant political packages he promised: investments in airports, roads, bridges and infrastructure across the United States. The second package of social reforms still faces hurdles in Congress.

If this had not happened, it would have been a huge setback. One of his arguments, says Professor Dag Blank of Uppsala University’s Institute of North American Studies, was to “vote for me, and I’ll get things done”. Blank states that inconsistencies within his party have cost money, and that support for the president in public opinion has declined.

– But this was a big step forward for him.

The investments can be compared in part to the huge investments made by the United States during the Depression of the 1930s, investments that have been dubbed the New Deal.

But attempts to push through the social reform package, called “Rebuilding Better”, are expected to cost $1750-1850 billion. It faces persistent opposition between moderate Republicans and Democrats who question, among other things, the initiative’s funding.

An issue deleted in the already watered-down proposal concerns paid parental leave. At the press conference, Biden was asked if the proposal could be reintroduced into the package.

Biden smiled long before answering – a professional politician who has served in Congress since the 1970s.